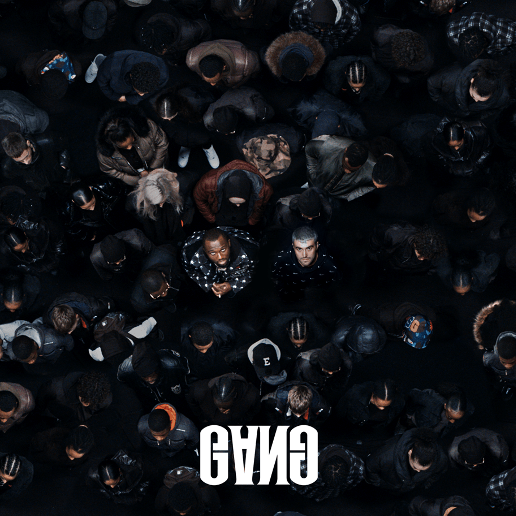 Today, Headie One and Fred again.. are sharing a Brian Eno remix of “Told” from their collaborative mixtape GANG. The project’s opener gets a fitting deconstruction from the father of ambient music, Eno slows down the first half before shifting into a mesmerizing collage of loops and rhythms for the second.

Talking about the remix, Fred again.. says “Through mad fortune my musical dad is Brian Eno, he helps me with all of my stuff and he helped me with the mixtape. It’s sick what he made because it sounds like him but it also sounds like he’s able to dip into the sonic footprint of the tape.”

The remix follows the mixtape’s release last week as well as visuals for “GANG” and “Charades.”

GANG, out now via Relentless, is the culmination of months of collaboration in the studio between the two artists, who first struck up a close friendship in 2019. Since then the pair have worked together to take their individual signature sounds into a unique new direction and GANG is their full length statement, the sound of two musical worlds coming together. Across the mixtape’s eight tracks, the duo are joined by more of the UK’s most exciting and innovative artists including featured artists and collaborators FKA twigs, Jamie xx , Sampha, Octavian and Berwyn, and slowthai whose sampled voice features on “Tyron.”

Headie One says: “GANG comes from a different perspective from my previous projects. It’s much more raw with emotion, not just from my own narrative like Music X Road but this time,from my peers. GANG is a shared love of music from two people with different backgrounds. The title represents loyalty and friendship, these things are important to me and Fred and I quickly developed this whilst recording the project over the past few months. We feel we really create something special when we’re together.‘

Fred again.. says: “Headie is the truth. I realised this when we first made a song together and I muted all the music so I could properly hear what he was saying. we made 5 or 6 songs in the next couple weeks and each time I couldn’t believe how fearless and honest he was regardless of whatever I threw at him. I have a lot of love for him. He also drinks guinness wit me at my flat so you jus KNOW he’s a real one.”

2019 was Headie’s most successful to date -“18Hunna” ft Dave went Top 10 in January followed by Music X Road, his seventh mixtape, going Top 5 in August with critical acclaim across the board. In November he sold out Brixton Academy, his biggest headline show to date, while his huge crossover track “Both” achieved his biggest airplay hit. To round the year off with a bang, Headie appeared on the new Stormzy record on hit single “Audacity,” proof that 2019 was the next step to stardom for the young rapper from Tottenham.

Fred again..is a London based musical polymath who, behind the scenes, has already been involved in some of the biggest UK rap, grime and pop tracks in recent years, including a major role on Stormzy’s Heavy is the Head album. 2019 saw the latest stage in Fred again..’s musical evolution, as he stepped out of the shadows to start releasing his own music which he’d been creating in parallel all along. He describes his sound as ‘Actual Life’, building tracks around vocals uncovered from the unlikeliest of sources; from obscure YouTube clips to personal FaceTime conversations, random Instagram accounts and iPhone video footage of half-remembered nights out. The end results – often made on the move wherever Fred has his laptop – shift between dancefloor-inspired euphoria and yearning melancholy, and include samples of interviews and personal messages from the likes of Octavian, Mr Eazi,and Billie Eillish among lesser known voices.

Sampa the Great announces debut album ‘The Return’ along with brand...