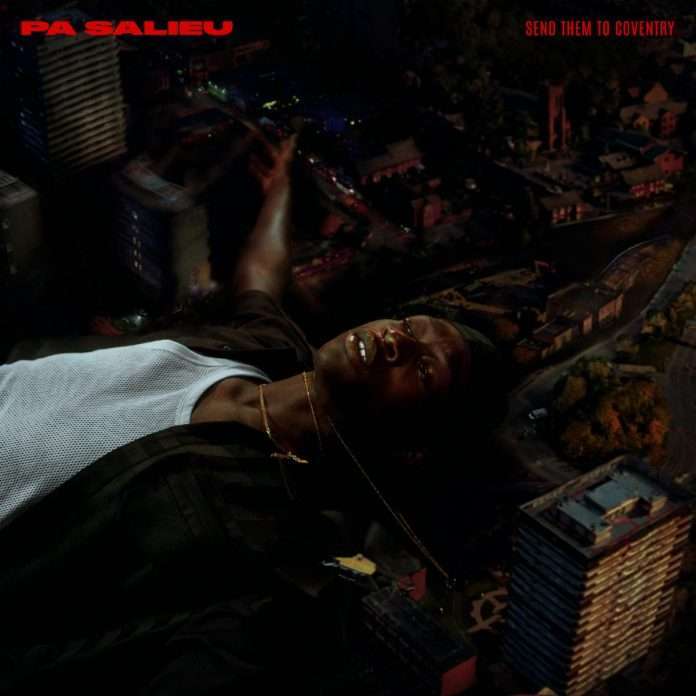 After receiving widespread acclaim for his releases thus far this year, Gambia by-way-of Coventry’s Pa Salieu has established himself as one of the most exciting and pioneering young voices in music within the space of nine short months. Today, the multi-faceted artist continues his ascent with the announcement of his debut project.

Send Them To Coventry, out November 13th via Atlantic/Warner UK, is the realization Pa Salieu‘s distinct take on UK rap that he’s showcased across his early releases. It’s a release that built around his singular voice, but also that of rising UK artists like Mahalia and M1llionz, Trinidad artist Boy Boy and UK singer Eight9Fly, alongside those of emerging rappers from his hometown on “Active” (Ni Santora, Lz Dinero, Stizee and Shakavellie).

The project includes his previously-released singles “B***K,” “Frontline,” “Betty,” and “My Family” featuring Backroad Gee alongside his newest track “Block Boy,” releasing today. Showcasing another side of the rapper, the new track arrives alongside a visual directed by Nos that perfectly soundtracks the infectious energy of going out as Pa celebrates at a night club. The project announcement also arrives after his debut live performance on YouTube earlier today where he previewed select songs from Send Them To Coventry.

Listen to and watch “Block Boy”