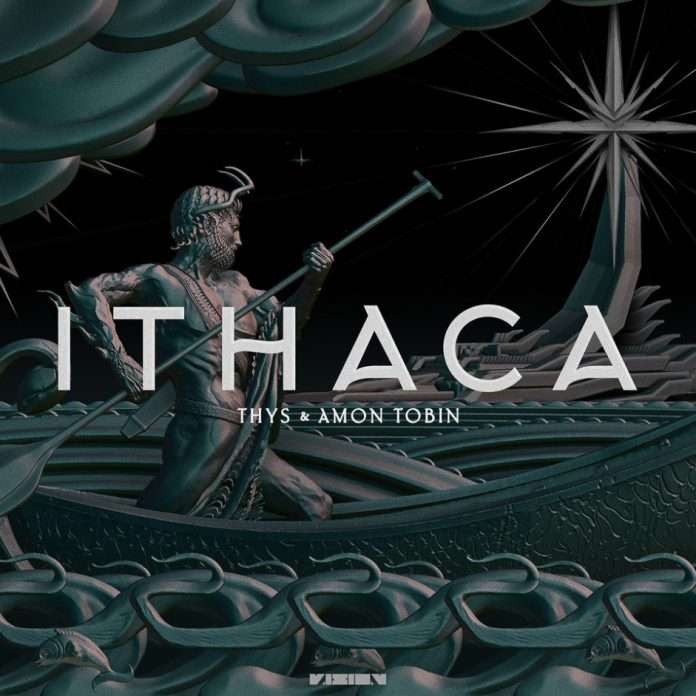 LA-based electronic wizard Amon Tobin has again teamed up with Dutch composer and producer Thys (Thijs de Vlieger of Noisia), with their cinematic ‘Ithaca’ EP due to drop on 20th November. The fractal five-track offering is an odyssey into the unknown, carefully constructed, intricately layered and arranged with purity of intent. Its expansive, textural soundscapes capture the best of both worlds – glacial majesty and a complex drone substratam that resonates deeply. ‘Ithaca’ follows the pair’s beautiful ‘Ghostcards’ EP, which was released back in April. Thijs had this to say on first offering ‘Departure:’

“‘Ithaca’ is a five track EP structured around a 20 year voyage, and ‘Departure’ is the first track on the EP that sets off the journey. The EP was written in multiple sessions in San Francisco and LA over a time span of eight years. It is quite dark in tone, but I think it alsoshows clearly that we had a lot of fun writing this material, obsessing over sounds, melodies and mixing synthetic, organic, orchestral and vocal textures (mostly our own vocals!)”
Thijs de Vlieger

It was recently announced bass behemoths
Noisia are to split after a formidable 20 years, and Thys (Thijs’ solo alias) unleashed his own ‘Unmoved Mover’ / ‘Unwound’ EP in August. Aside from collaborative and soundtrack work, his debut solo release saw the multi-faceted artist step into the limelight and enter a clubbier realm. The urgent offering was an expression of his ongoing fascination with narrative and visual music, and a valiant attempt to merge the two. His solo material is a more accurate representation and true expression of the sounds he identifie with now. Aside from the aforementioned soundtrack, other notable projects aside from ‘Ithaca,’ include remixes for Machinedrum, TOKiMONSTA and Addison Groove and a B2B set with long term friend and electronic powerhouse Skrillex at Groningen’s infamous OOST Club. Unquestionably hailed as one of electronica’s most exciting and innovative artists, Amon Tobin ’s own output is prolific and consistently impressive. His Nomark Records imprint is home to a series of aliases each with its own unique musical identity.
Last years ‘Fear in a Handful of Dust’ and ‘Long Stories’ albums under Amon’s own name were followed by ‘Time to Run’ as his Only Child Tyrant alias. The triumphant return of Amon’s Two Finger’s moniker saw the release of this years ‘Fight! Fight! Fight!‘LP. Then to overwhelming acclaim, the unveiling of the most unexpected alias of all in Figueroa’s debut ‘The World As We Know It’. 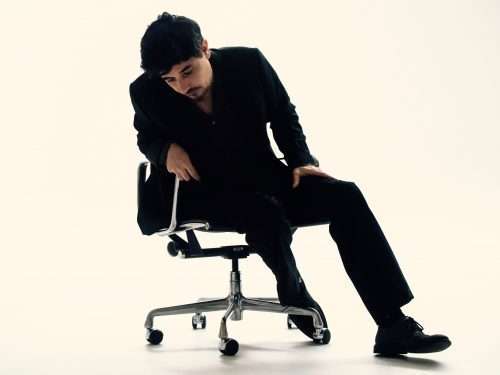 Written at Amon’s studio in LA and finishedand mastered at Thijs’ studio in Groningen, ‘Ithaca’ is an unnerving feast for the ears with a distinct cu rative vibe. A thought-provoking collection of tracks that ebb and flow with intention and force, the pairs discreet use of textural elements coalesce
to sustain a deeply introspective and nostalgic mood. It makes for a wholly immersive and atmospheric experience, delivered by two artists at the top of their creative game.