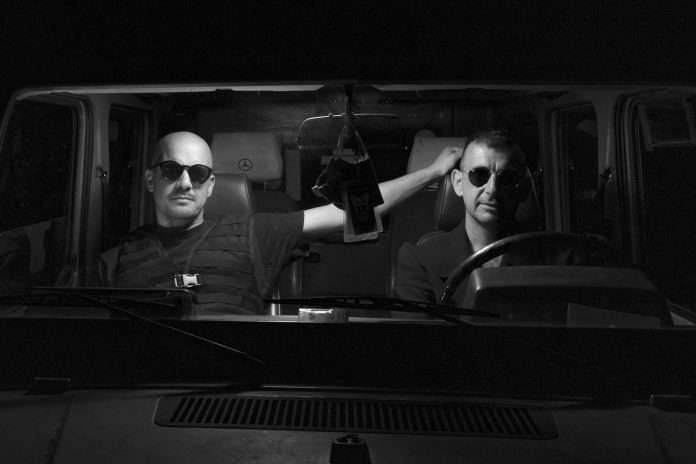 Renowned German duo Modeselektor recently revealed their ‘ Extended ’ series which includes the titled mixtape (out tomorrow) and a string of upcoming EPs to be released over the coming months. The mixtape is also at the core of another project that we are happy to announce today. ‘Work’ is an over 60-minutes-long-film that centers around the radical performance by otherworldly US-dancer Corey Scott-Gilbert to the music of ‘Extended’.

‘Work’ was directed by visual artist Krsn Brasko under the creative direction by Tobias Staab and will be available to view on demand from April 9 on
www.arte.tv, a European public service channel dedicated to cultural programming. A live-premiere is scheduled for April 9 at 7pm CET on the Arte- Facebook -/YouTube- channels.

All the movements and gestures are precisely predetermined. Many times they have already been done, many more times they will happen. All that is left  is the hope of a world behind the mirrors where all that is physical is transcended. The hope of escaping the relentless spiral at some point.

The metamorphoses that lead there and the efforts that are required seem eternal. And finally, when all the forms will have passed through and all battles will have been fought, then the work begins anew. The end is the beginning is the end is the..

“Created in an unforgiving year, “Work” became a refuge, a place to find solace from the outside world. The inescapable thump of Modeselektor’s “ Extended ” left me embodying mundane tasks so intensely that not only did these tasks become important but their original purpose was forgotten, the “doing” more significant than any result. I rediscovered the intention of simple tasks to create my reality without regard to any past. I structured “Work” in a way that asks the performer not to “perform”, but to drench themselves in a state of process. By fully embodying each task I find myself in a minefield of emotion. “Work” is an exorcism of boredom in both its creation and in its practice. One will undoubtedly reflect and feel different from before it all began…. again and again… from a lonely pew.“
(Corey Scott-Gilbert, April 2021)