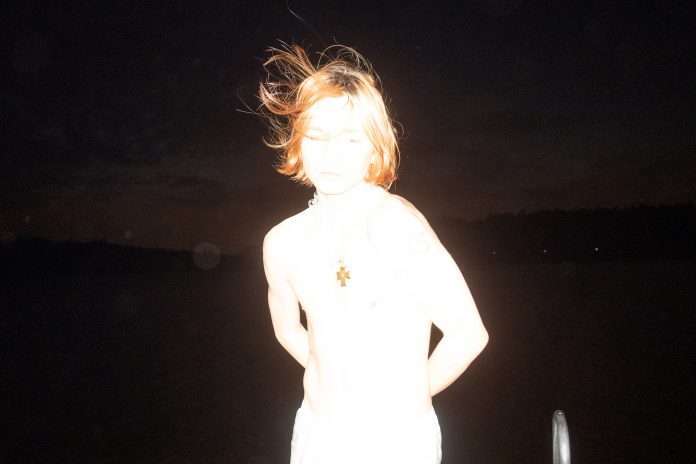 Charting a course between electronic experimentation and the dark echoes of 1980s post-rock, ishi vu’s music transports the young artist’s philosophical meditations in Gothenburg to imagined dancefloors worldwide. His debut album, ‘La Luz’, is truly unique: channelling all genres and none into a depiction of some of the most fundamental human feelings

There is, too, quite a life to unpack behind its lead single, ‘This Is Your Life’. Growing up his father ran nightclubs in Sweden, allowing vu to develop his own strange relationship with subculture, and how different fan groups interacted (albeit via seeing the aftermath of the clubs in daylight hours, whilst still a kid). These experiences informed the insider-outsider position ishi vu now occupies, simultaneously detached from and deeply understanding the emotional connections of nightlife culture.

On the outside looking in is a fair assessment of where ishi vu found himself at school, too. Gaming compulsively, building websites and largely interested in code, in true Scandinavian style school also encouraged the kind of open-ended learning that allowed vu to explore his burgeoning passion for music. Spotting a fellow student in the computer room with a Justice cross embroidered on his leather jacket ishi vu felt immediately jealous, but the pair were soon introduced and began making music together, navigating a path through the club landscape of their hometown and becoming the best of friends. A meandering, sometimes-melancholic period after education was evident across ishi vu’s earliest material, and the dark emotional place it found him in. The turning point proved to be an altogether different ‘Isolated Incident’ than his recent single: an early evening spent on a beach in 2018, which ishi vu now equates to an almost religious experience – heightened awareness, brightened colours, all whilst sober as a judge – and something he has spent his debut album ‘La Luz’ (or ‘The Light’) as an attempt to recapture ever since.

‘La Luz’ is a vivid and poignant distillation of club culture into something familiar, temporarily distant, but fresh. With the precision of someone who has thought carefully about an exact psychological, physical – and perhaps even spiritual – effect they want to provoke, it’s also an intoxicating introduction to ishi vu.