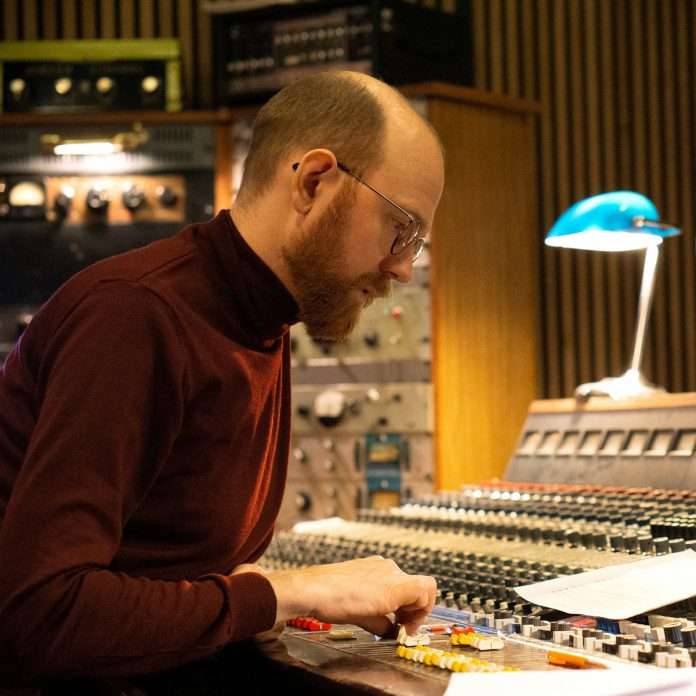 Today, enigmatic Swedish artist/composer Sven Wunder shares “Prussian Blue” . It’s a heady Anatolian psych burner doubling as the second half to last month’s lush, Morricone-esque single “Impasto” . Both combine into a teaser 7” released physically tomorrow in collaboration with Mr. Bongo. The latest sketch from his upcoming album Natura Morta (out June 11 via Piano Piano Records), “Prussian Blue” refers to the pigment that was imported to Japan often used for woodcuts and is built on Sven’s “Shinrinyoku” from last year’s Wabi Sabi. The artist describes more of his process on Bandcamp Weekly. Beginning in a moment of calm with its soothing piano intro before bursting into a percussive breakbeat workout, it skates and glides with the influences of Italian library music and Eastern melodies, yet at the same time it retains a unique element that can only be Sven Wunder.

Natura Morta, “still life” in Italian, explores art as a bridge between nature and the human ability to judge and observe in eleven musical compositions, with brightly colored textures and an emphasis on vibrant melodies. The album collects pieces from a continuous variety of melodies — supported by a decisive rhythm section — creating a musical kaleidoscope of ever-changing colors. Sven Wunder brings life into a rich assortment of musical implications by fusing and combining melodic instruments with each other in a setting that spans from a classical to a modern idiom. The author evokes this panoramic portrait by articulating an instrumental dialog between a chamber orchestra and a jazz ensemble. The result is a musical celebration of material pleasures that also serves as a reminder of the brevity of human life.

Previously, Sven Wunder’s 2019 album Eastern Flowers took us into the world of Anatolian rock, European jazz, library, funk, psychedelia, and traditional folk melodies, while 2020’s Wabi Sabi mixed jazz with Eastern and Southern Asian sounds — both albums sold over 11,000 vinyl copies combined and remain greatly sought after on Discogs. Not much is known about Sven Wunder, but he’s been a massive word-of-mouth craze amongst psych, jazz and hip hop heads, with Eastern Flowers instantly selling out & seeing playlist placements by bonafide tastemakers like Danger Mouse, Mike D, Gilles Peterson, J Rocc and beyond.