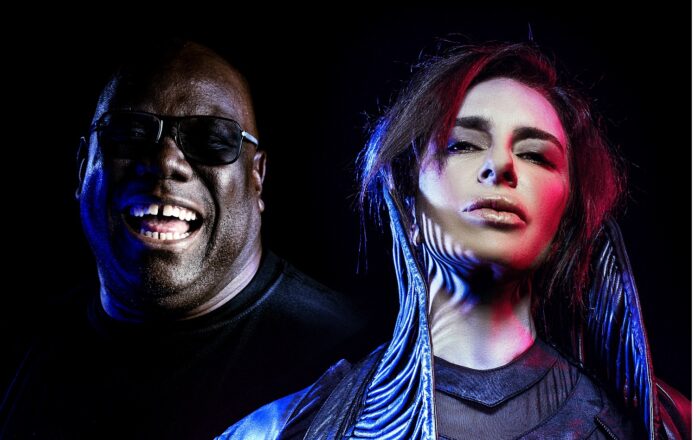 With the announcement also comes another new track release, ‘How It Makes You Feel’ with Nicole Moudaber, out now. This techno juggernaut is the second ‘pre-mix’ release from the album, following the first single, ‘Speed Trials on Acid’ earlier this year – a collaboration with his friend and fellow DJ Fatboy Slim. 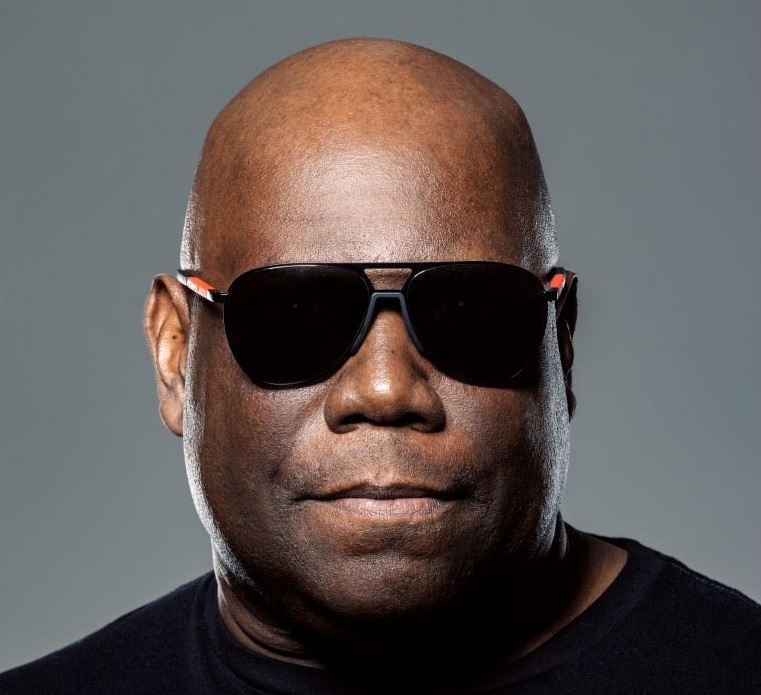 With its relentless synth chops and pounding melodies, ‘How It Makes You Feel’ levitates into a ruthless percussion delirium, before a high-octane breakdown tops off the hardcore house techno hybrid sound. It’s another bold statement from the King of techno and another exciting taste of his forthcoming new album ‘Electronic Generations.’

‘How It Makes You Feel’ is the second time Carl and Nicole have collaborated, following their acclaimed 2014 release ‘See You Next Tuesday.’ Nicole first came to the attention of Carl when she signed to his label Intec Records back in 2009. Since then the pair have become firm friends. Carl invited Nicole to remix his own track ‘Chemistry’ in 2011 and Nicole has played alongside Carl at countless festivals and clubs including his Carl Cox & Friends festival stages and Carl’s historic Space Ibiza residency. When the opportunity arose to collaborate again, neither hesitated.

Carl: “In today’s darkness of techno I wanted to create something more jovial. So the original is quite an easy track to enjoy, it’s very bubbly and bouncy. But with this new version Nicole has made a very dark twisted re-imagining. It’s now very much epic techno – which you have to play from beginning to end to get the full experience. It takes you on a journey, and it just gets stronger and stronger with its twists and turns.

Nicole is a genius. She’s able to take my original concept which might not be totally the kind of record she would make, but she likes a challenge and she set the bar high and ran with it. I think she’s done a wonderful job with this one.”

Nicole: “When Carl asked me to collaborate again, this time on one of his new album cuts, I knew this track had to deliver that high-powered energy and rhythm that we always bring when we perform. ‘HOW IT MAKES YOU FEEL’ has been absolutely smashing dance floors worldwide, so I am excited to finally unleash this monster tune!

Ignited by an internal combustion engine fuelled by raw emotion, Nicole Moudaber is one of the techno world’s most iconic and hardworking contemporary artists. The global reach of her MOOD empire has led to Nicole curating In The Mood festival stages at the world’s biggest events: ElectricDaisy Carnival (New York, Las Vegas & Orlando), California’s Escape, and BPM Festival (Mexico & Portugal) and she’s played every clubbing institution possible including DC-10 in Ibiza, London superclub fabric, New York’s Output, and a long list of clubs across multiple continents including North America, South America, Europe and Asia. 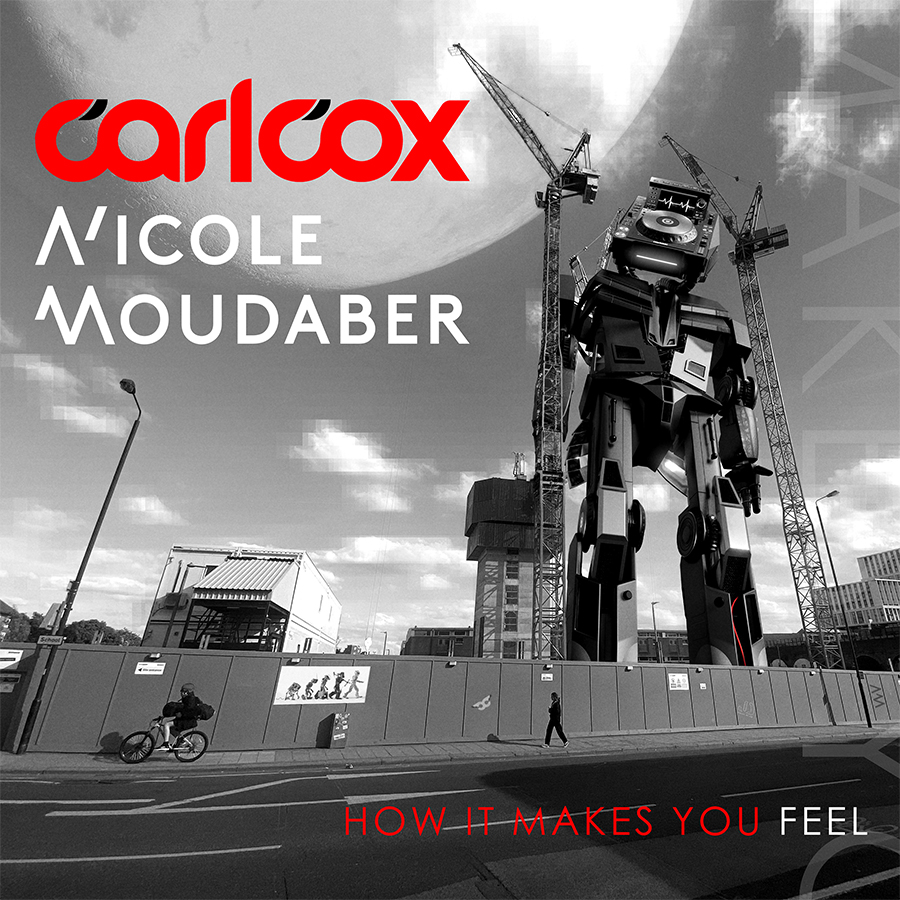 From the birth of dance music culture to the global force that electronic music is today, Carl has been an innovator at the forefront every step of the way, ‘Electronic Generations’ is the next stage in this journey and the beginning of an exciting new chapter as an album recording artist with BMG.

Showcasing a fusion of Carl’s unique live electronic sound, the epic 17-track ‘Electronic Generations’ is the result of Carl’s mind-blowing hybrid-live sets which he’s been successfully showcasing over the last few years. Anyone that’s been to one of these shows will have witnessed Carl in his element, remixing, producing and creating music while he plays.  With the first lockdown Carl finally had time to focus on putting this sound on record, and spent months in his Melbourne studio creating music and experimenting as a live electronic artist. The result is Carl Cox at his best, a tour de force which you can feel he has given everything to. It’s an insight into the heart and soul of a hugely established and much-loved artist who 30 years into his career, is still keen to take bold risks and create something entirely new.

Carl Cox: “I feel very lucky to have the opportunity to share this album. As a live artist and a DJ I get to play all over the world and to see people enjoying the shared experience of being together and dancing. I’ve pulled together all the elements that I’ve learned from watching those crowds, added my sound and tried to bring you a true electronic music experience.”

Carl Cox has always been at the top of his game. A veteran of acid house and a pioneer of British rave culture embedded deep within the fabric of electronic music history, his ever evolving sound and relentless energy means that he remains one of the most in demand DJs on the planet. A musical ambassador, a dance music pioneer, label owner, three deck wizard, King of Ibiza – you name it, Carl’s been there and done it, never losing sight of his passions – playing music, breaking tunes and celebrating life. 2021 saw Carl release his first ever autobiography Oh Yes Oh Yes which topped charts and won press acclaim everywhere.

Carl Cox s ‘Electronic Generations’ is out September 16th via BMG. The digital version of the album also comes with a second volume of pre-remixes, including the new track ‘How It Makes You Feel’ with Nicole Moudaber, ‘Deep Space X’ with Juan Atkins and ‘Speed Trials on Acid’ with Fatboy Slim. 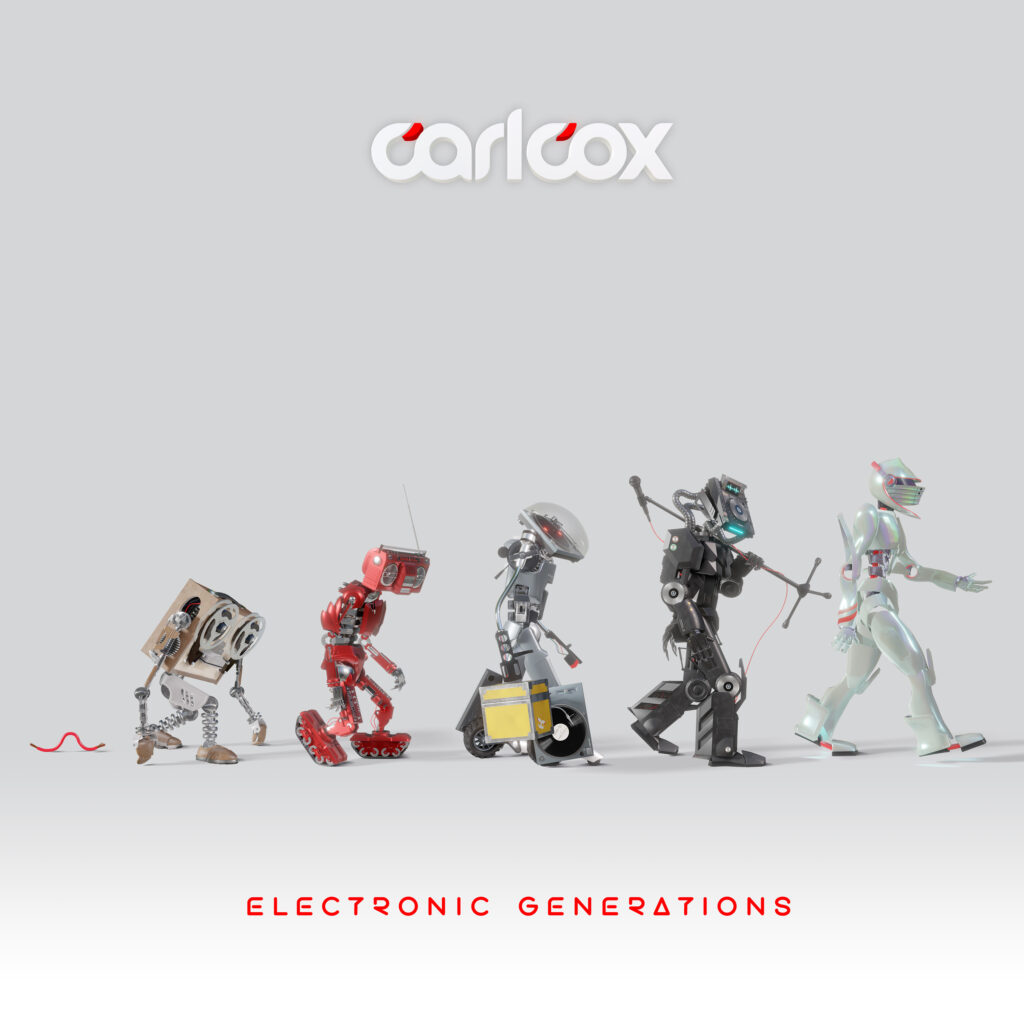