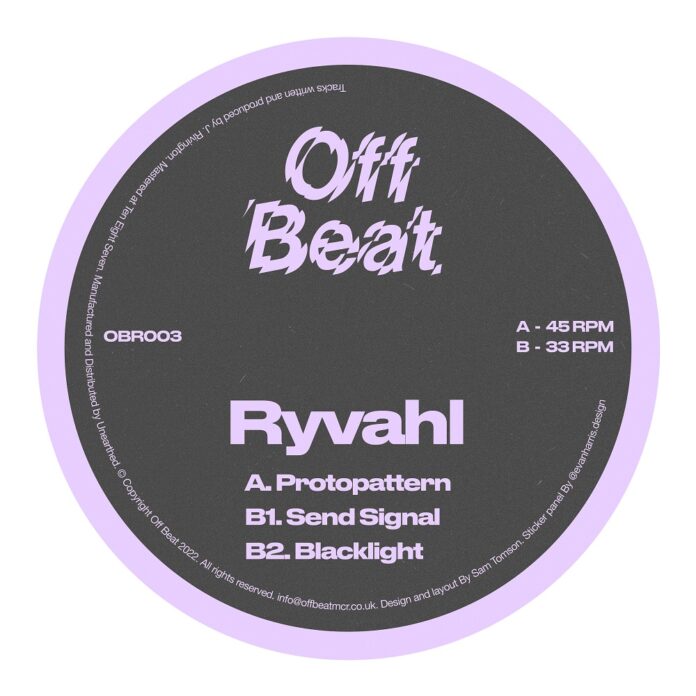 Kicking things off is title track ‘Protopattern’ – an off-the-wall sub-bass nose and chest tickler with heavy, scattered drums that are modulated to destruction.

‘Send Signal’ continues in the same vein with more of the classic sound design of Ryvahl’s previous work. Swift, choppy, UK sounds combine with juke hits, drum machines and dingy reverbs to expand the stereo field into a 4D landscape.

Closing out the release is the playful ‘Blacklight’. A drum tool that would appeal to fans of Pearson Sound and early Night Slugs records. Big tip!

This release will be supported/featured on ConnectFM – Futuristic Tracks of the Week, stay tuned