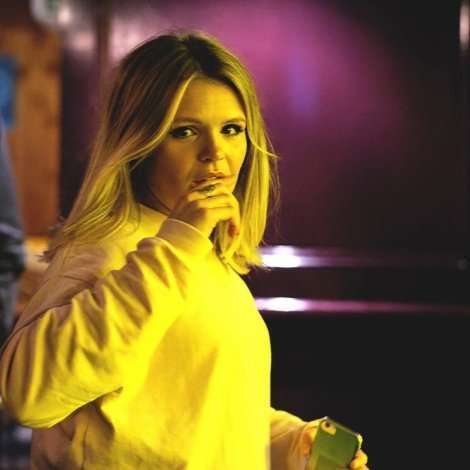 Hot talent Rothwell bursts forth with new single Freedom.Singer-songwriter tipped as one of the brightest hopes for 2018, will releases the anthemic single ‘Freedom’ on 8th December.
Already familiar as guest vocalist on the Metrik track ‘We Got It’, which she wrote, Rothwell is about to prove that she’s more than just a hit writer and singer: she’s a star in waiting.
Having cut her teeth supporting Justin Bieber on his UK arena tour and after appearances at the Isle of Wight Festival and British Summer Time in Hyde Park, it’s safe to say that Rothwell’s time is now.
And ‘Freedom’ arrives as the Bristol singer-songwriter signs a deal with Bright Star Records with brand-backing from the likes of MAC and Levi’s.
‘Freedom’ is accompanied by a video which takes minimalism to new levels with a high-art, ‘slow-cinema’ film of nothing but a cigarette smouldering as fine ribbons of smoke rise. A bold video for an artist determined never to take the easy or obvious route.
”Freedom” is about wrecked youth”, says Rothwell of the track destined to resonate with a social-media obsessed age. ‘The innocence of youth meets the panic and heartache of being self-destructive and needing gratification and sympathy from people around you.’
Produced by Kideko, known for his collaborations with the likes of Becky G and Nadia Rose, ‘Freedom’ sets the bar high for 2018. Luckily, Rothwell has everything she needs to keep it high.
Rothwell releases her single Freedom on December 8 on Bright Star Records, via Universal.