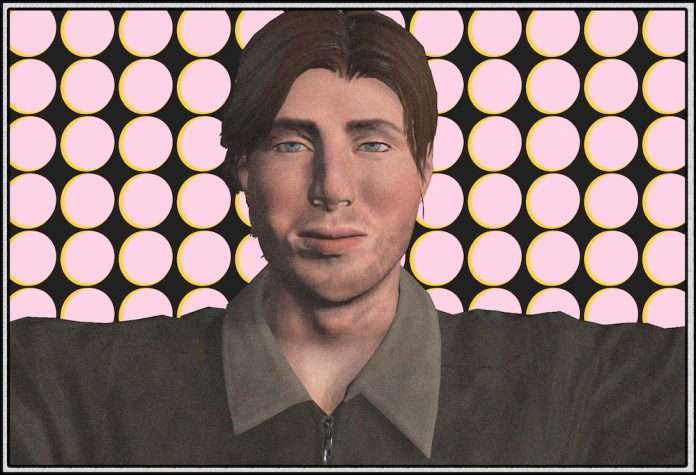 “Trade Burgers 4 Love” is just a taste of Elliot’s lo-fi musical smorgasbord. Heavily influenced by musicians of the LA experimental pop scene (Ariel Pink, John Maus), his songs hang on you like fast-food binges while scrolling through an abyss of late night memes. Elliot says, “If I would attach any meme to this I would dig up a real dead and somewhat normie-esque one, that nonetheless captures the spirit of this track. Sad Keanu. Blast from the past.” Hold a burger in one hand and a computer mouse in the other as you contemplate your existence. In Elliot’s words, the song condemns “‘greasy burgers’ as a subject of an unhealthy way of perceiving yourself, which then leads to a weird limbo of apathy.” The message of the song exposes a sedentary lifestyle that leads to a downward spiral away from human contact…forever alone.