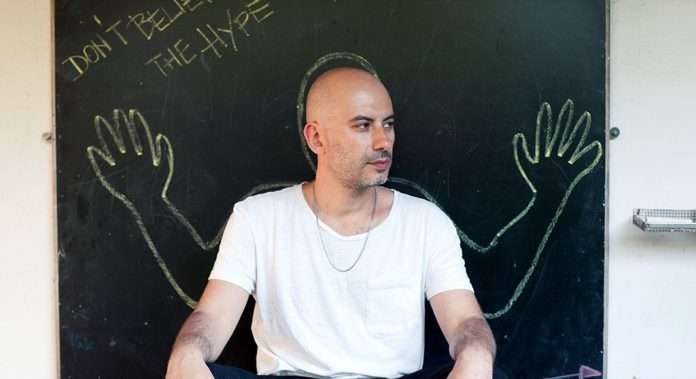 The brainchild of Damian Lazarus, Crosstown Rebels has become home to many big hitters. Following on from his remix of Satori earlier this year, Riva Starr delivers his own, three-part tribal beast, ADVENTURES IN DRUMS.
“I’ve always had a crush on world music since my first EP War Drums back in 2008, so I decided to go back to that particular sound. I find myself playing it more and more in the club these days. It definitely is an Adventure in Drums.” – Riva Starr
MY AFRIKA opens up the EP with what would appear to be a tribal leader commanding your attention as the wobbly synths draw you in. As the heady bass kicks in you can’t help but succumb to the rhythm. On EUROVOODOO, alien sounding synths are weaved amongst high hats luring you into a trance-like, hypnotic state. EL SONIDO leans towards a faster, flamenco style sound with tribal singing beckoning you to the dancefloor.
Released​ ​19th​ ​January​ ​2018​ ​
Tracks
A1​ ​MY​ ​AFRIKA
A2​ ​EUROVOODOO
B1​ ​EL​ ​SONIDO
Riva Starr is the alias of East London based Stefano Miele. He has long been a staple in the club scene bringing dancefloor fire to some of the world’s biggest stages, from Glastonbury to Japan’s Fuji Rock. His credibility as an artist has led to collaborations with some of the industry’s biggest players, including the likes of Green Velvet, as well as remixing for a number of high-profile musicians such as Wiley and London Grammar. Founder of Snatch!, 2017 was a monumental year for the label having reached its 100th release.