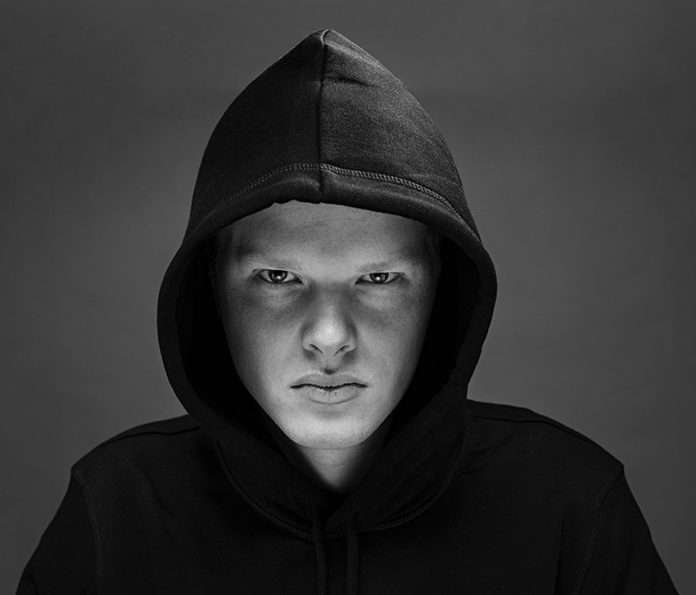 Dutch producers have long been a prolific sort. Arguably the most consistent such musicians in the EU, the country churns out electronically-inclined musicians with in impressively regular fashion. VNTM is the latest man to come off this conveyor belt. Notable for his melodic, dramatic techno flourishes, he’s a man who inhabits a unique sound space. Still in his early twenties, there’s also every chance his best is yet to follow. Ahead of his debut release on Secret Cinema’s Gem, we quizzed the man on his favourite and most personal releases to date…

Enigma, one of my most trippy records that I did so far. I used a lot of different pads and moving elements in this track, making it a journey to follow.
The kick and sub bass were a real struggle to mix in the studio, sending it back and forth to Secret Cinema and getting feedback on it time after time.
After adjusting the length of the kick and the impact of the bassline I finally found the “magic” formula and that resulted in this heavy low end!

Pinnacle, was a pinnacle last year (pun intended), this was the first release that I didn’t put out on my own.
And to make my debut on a label like Stil Vor Talent really made an impression to a lot of people around me,and to be honest I was cheering too when I got the confirmation of being able to release it there!
The chords in Pinnacle are actually pretty complicated and it took a while to get them the way I wanted,afterwards it was a pretty easy task to put a lead melody on top because the base was there.

High Above is named after the place where I came up with the idea of this track, in an airplane after a show in Asia.
Normally I can’t produce music on an airplane because of all the noise and distractions,
but this time it actually did work, and it still sounded good when I arrived at home.
It has been one of the highlights in a lot of sets recently, so I might have to try producing high up in the air again!

Drowning, the reason why I’m so proud of this record is that the production all came very natural,I started around 9 in the morning with a groove and some chords, and then after the lunch break I felt I needed to put a catchy lead sound on top of it.
The lead melody that is clear throughout the whole record comes from a string sound, and I distorted it very heavily giving it that dark edge.
I think that every producer reading this will recognise that some records you make just form itself within a day without having too much struggle.
And that is one of the most satisfying feelings in the studio.

Be A Freak, has been the highlight of this past year for me, I first tested it out during ADE ’17 and it instantly hit the crowd. I have been working countless hours on the arrangement and energy in this track, especially the dark moving bass line in the breakdown was hard to tackle. But it resulted in being played by a lot of Dj’s and ranking in the beatport techno charts at 33! I guess this record sums up what my sound stands for: melodic, energetic and emotional techno.

VNTM’s ‘Enigma’ EP is out 28/09 on Secret Cinema’s Gem Records. Buy/listen to the release here

Who is Ava Max?