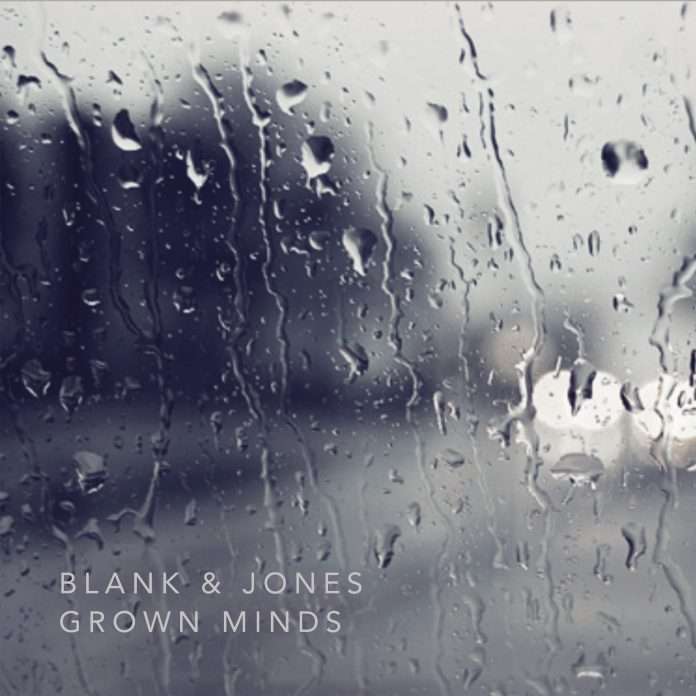 Following on from a busy summer that saw the release of the 11th instalment in their ‘RELAX’ series of albums, acclaimed German producers Blank & Jones return with their new single ‘Grown Minds’. Having soundtracked yet another summer with a set of breezy balearic anthems, ‘Grown Minds’ reveals another side of the eclectic duo and opts for a more melancholy vibe, perfect for the long winter nights ahead.

Despite it’s introspective mood ‘Grown Minds’ is still a highly addictive electronic pop song. Marrying their dark electronic sound design to a plaintive vocal Blank & Jones have created a haunting yet beautiful new song and sounds as good listened to on headphones in the middle of the afternoon as it does at 3am on the dancefloor of a club.

Beginning their career in the late 90s, Blank & Jones have gone on to become one of Germany’s leading electronic music acts, noted for their refusal to conform, or indeed stick, to genres and going on to work with names such as Robert Smith (The Cure), Bernard Sumner (New Order) and The Pet Shop Boys proving that electronic music has no boundaries.
release date November 2nd, 2018
Tracks:
1.Grown Minds