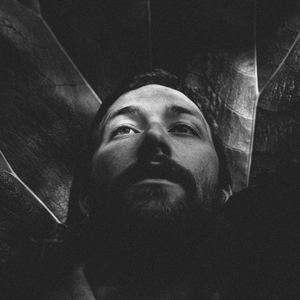 ““Creatrincos Velve was built around a demo I made consisting of a drum beat and piano parts. The first recording of the song took place at Bear Creek Studio in Woodinville, WA. Gordon Raphael produced the sessions there. I was a big fan of what he did with the Strokes. Working with him was a lot of fun and I learned a great deal from him. He also played the Arp Odyssey synthesizer on the track” explains Alle.

He continues, “I’m grateful I had the opportunity to work with such emotive and adept musicians: Joseph Adamik, Matthew Lux and Paul Niehaus (all from Iron & Wine) played drums, bass and pedal steel (respectively). Nick Ogawa (Takénobu) played cello. I learned about Jonny Rodgers from film composer Nathan Johnson- Jonny played Wine-o-phone. Joey Stevens from Rumspringa played guitar. Mauro Refosco from Atoms for Peace recorded his percussion parts in New York City. They all recorded to loops constructed from the demo. We processed a lot of the sounds through different effects and modular equipment with Stephen Jones. He built the modular system that we used in the studio. At one point, we experimented by processing a wine-o-phone performance through the modular synthesizer using an EBowed electric guitar as a trigger. We spent a lot of time exploring and gathering raw audio. My sister Abby Quinn and I wrote most of the lyrics and recorded our vocals at Bear Creek as well. I worked with Sonny DiPerri (Portugal the Man, La Femme, Warpaint) at DTLA in Los Angeles after the Bear Creek sessions and we assembled the audio into what it is now. Adam Samuels and I met in Philadelphia where he mixed the song.”

“Regarding the video, I reached out to Winona Regan to direct it because I’m a fan of her work. I gave her full creative control and artistic license. I love the video she made.
I chose Creatrincos Velve as the first single because it is representative of my love for electronic music. It also exemplifies my passion for collaboration,” adds Alle.

Visual artists recruited for the project are Winona Regan and Paul Nicholson. Directed by Regan, the stunning animated video for “Creatrincos Velve” depicts a woman eating in a bathtub. The logo for Alle was designed by Nicholson, who is known for his work in the electronic music community, having created the logo for Aphex Twin and many of the acid house flyers from that era’s halcyon days.