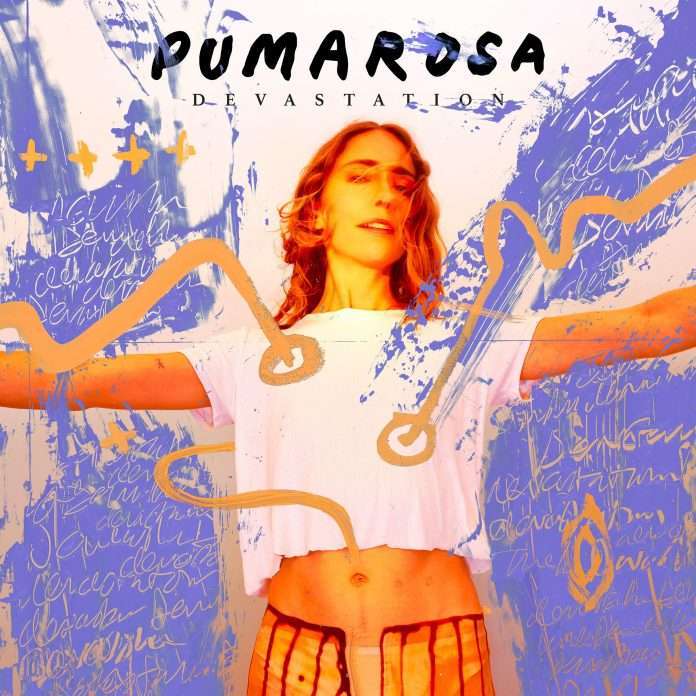 Pumarosa return today with new single ‘Fall Apart’, which is available now on Fiction Records. The band’s follow-up to 2017 debut album ‘The Witch ’ is titled ‘Devastation’, and will see a release on November 1st.

Having sold out a series of worldwide shows – as well as touring with the likes of Interpol, Depeche Mode – and won extensive critical acclaim, Pumarosa will play an intimate date to perform songs from the new album at London’s Electrowerkz on July 30th. An autumn run of headline shows goes on sale on July 19th, including a London show at EartH on November 27th. Fans who pre-order the album will have early access to the tickets for the tour and the first chance to hear new music at July’s Electrowerkz gig.

From the very first beat of ‘Fall Apart’, anyone familiar with Pumarosa can tell that a transformation has taken place. With a fast drum’n’bass inspired tattoo beating urgently beneath a sawing riff and a wide, synthesised expanse, this is a dramatic evolution from the band’s more guitar-driven debut, ‘The Witch’. Digging deeper into electronic influences ranging from Aphex Twin and Autreche to old jungle tunes, the shock of ‘Fall Apart’ mirrors the irreversible shift in Pumarosa’s own circumstances: shattering diagnoses, new beginnings and a strange optimism – the promise of what can be built only after total annihilation – all fed into a record that feels like an exhilarating affirmation of life.
https://www.youtube.com/watch?v=Ot_gmn7vZYM