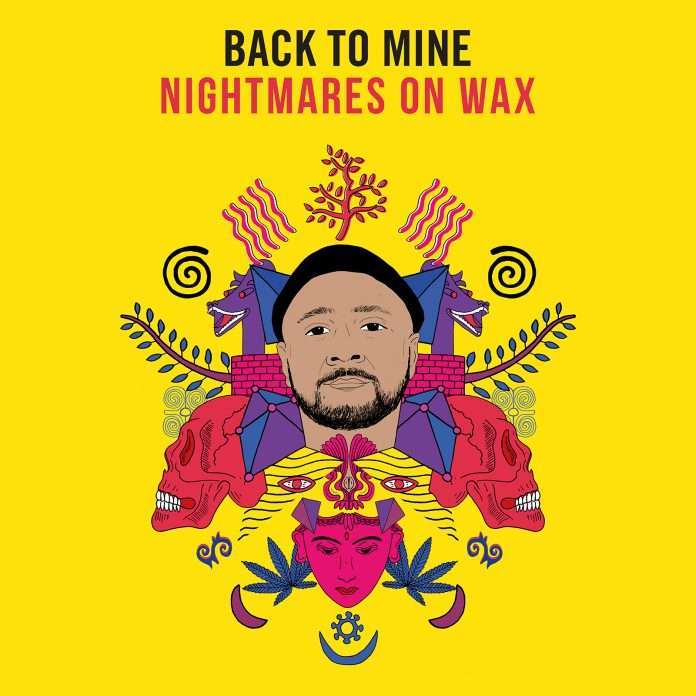 Famed mix compilation series Back To Mine makes a triumphant return in 2019 to celebrate the 20th anniversary with the indomitable Nightmares on Wax the first to share his personal collection of music for after hours grooving.

2018 was a defining year for Nightmares on Wax. He kicked it off with the release of his latest album ‘Shape The Future’, seen by critics and fans as another classic in his illustrious, near three decade career of releasing records. He’s toured the world playing his biggest headline shows to date in all the major cities, dropped remixes from some of electronic music’s finest including Moodymann and Ron Trent, done a BBC Radio 1 Essential mix and recently broke the world record for the highest altitude DJ set, on a charity ascent of Mount Kilimanjaro. 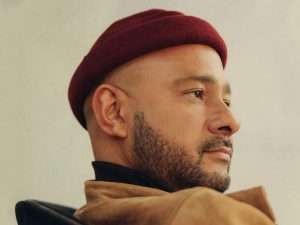 The mountain top solitude of George Evelyn’s Ibiza home is a far cry from his old life back in Leeds when every weekend it was always back to his at the end of the night. “I had a huge basement so what else could I do but stick a mega sound system down there and convert it into a nightclub?” With a childhood drenched in his dad’s jive and swing collection and a disco dancing champion for a sister, music was always going to be the life journey for our Nightmares on Wax legend. Founded in his home city of Leeds, the last three decades has witnessed Evelyn embark on an extraordinary eight album experimentation exploring everything from downbeat, electro, hip hop, soul, classical, reggae, funk, rock and everything in between. From the finest low ceiling city dives to six figure festival fields, there has been no corner untouched in the world that hasn’t received the Nightmares On Wax audio treatment.

“I always hoped that when the time was right I would be asked to do a Back To Mine release and so when the call came there was absolutely no hesitation. It’s an iconic, timeless series that conjures up so many happy memories of listening to the albums at people’s houses after the club, chilled car journeys driving through the countryside, middle of the night city screeches, pre DJ set psyche up sessions and hot summer days on the beach. I was lucky enough to think about my track selection in some incredible locations including climbing Mount Kilimanjaro and the jungle and sands of Bali, all of which gave me a lot of time and space to reflect on my tunes and deliver a mix I am delighted with.

Although the series is often associated with chilled vibes, I wanted my Back To Mine mix to show both sides of my music. Of course Nightmares on Wax is known for delivering downtempo beats, but I’m also known for rocking the dancefloor…which is exactly what you are going to get if you come back to mine. I call it my ‘mini crack on’ – which is when you don’t want to go to bed just yet and still want to get into the groove. There are some wonderful exclusives in my mix and a few artists I hope I am introducing to people for the first time. I hope you enjoy.” George Evelyn, Nightmares On Wax

Naturally, the 13 tracks – including three exclusive to this mix – are impeccably mixed and blended, as you’d expect from a DJ and collector of George’s pedigree. His selection includes a strong representation from his roots in Northern England. Opening with respected Manchester soul duo Children of Zeus, Hull’s Steve Cobby provides his own ‘Lefthanded Books’ featuring Crazy P’s Danielle Moore and also introduces his chuggy-disco project Chieftain. NOW’s recent single ‘Look Up’ makes a welcome appearance and the producer also gifts the mix with an exclusive in the form of brand new track ‘Goodship’.

Moving internationally; there’s Greek producer Dim Zach who doffs a cap to Imagination on the synth-heavy ‘Innocence’, US-born/Colombian based Afro/Latin/disco/funk producer Bosq, Italy’s Massimo Vanoni with the slo-mo funk ‘Exciting Groove’, the deep and jazzy ‘Gotta Have It’ by Berlin’s Soulphiction side project SBM and two tracks by New Zealander Ladi6. There are more exclusives with Creative Principle ‘Caught In The Middle’ and NOW’s own remix of Fat Freddy’s Drop rounding off a formidable Back To Mine mix.

The first volume of Back To Mine was released in February 1999 by Nick Warren and it went on to include editions by Groove Armada, Orbital, New Order, Roots Manuva and Mercury Rev. The compilations are based on what the artist would play at home after a night out, rather than as part of a nightclub session – tagged “a personal collection for after-hours grooving”.

On why he’s decided to reboot Back To Mine after ten years, and 20 since it launched, Sean Brosnan (owner of parent company Material) explains: “I grew up listening to the Back To Mine albums, so I’m so happy to be able to bring the series back to life for a new generation. When we discussed who we could ask to compile the first edition of the new era, my immediate thought was Nightmares on Wax. It ticks so many boxes for me and I think this mix is yet another timeless Back To Mine to add to the many that have come before.”