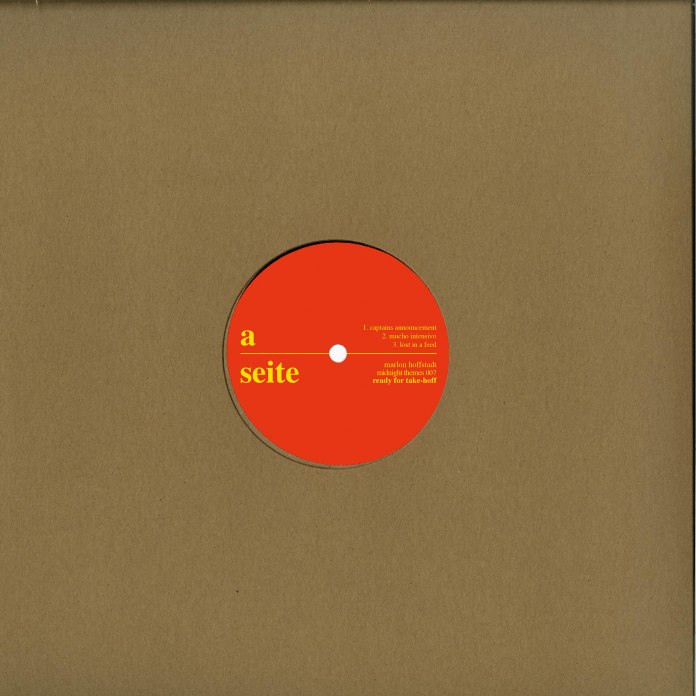 The seventh EP on his own Midnight Themes imprint will hit stores on April 19th, 2019.

After several records on Ransom Note, Rawax and his own Midnight Themes imprint in 2018, Marlon Hoffstadt continues his steady outcome with his second EP this year. Initially only produced for his sets and the dance floors of his Savour The Moment event series at Salon Zur Wilden Renate, ‘Ready For Take Hoff’ showcases Marlon’s enthusiasm for trancy and mellow vibes. Somewhere in between of techno, disco, trance and proto house this EP includes everything you can expect from Marlon’s dj sets right now.

From April 20th until April 22nd Marlon will celebrate this release at the next edition of his Savour The Moment event series. Going long with 36h running time and strong with the likes of Prosumer,CC:Disco, Ciel, CCL, Minor Science and many others.