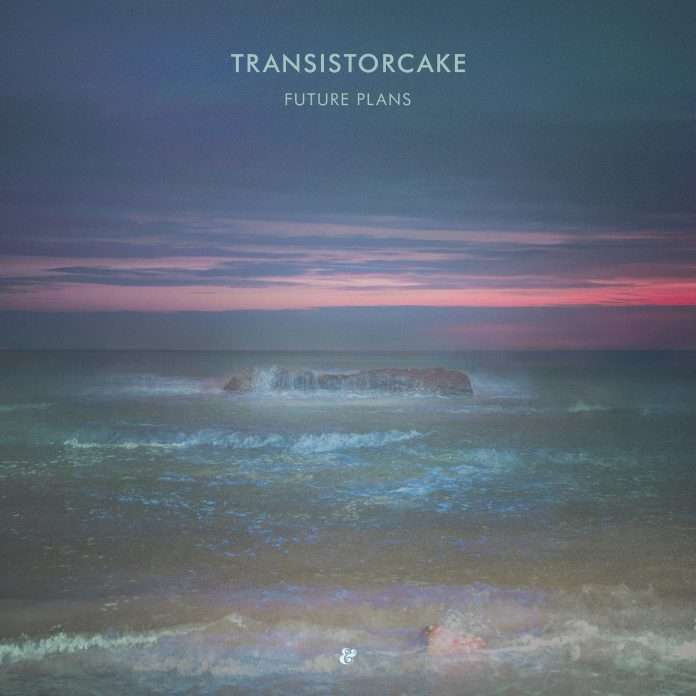 Opening tracks ‘Future Plan I’ and ‘Future Plan II’ sets out Transistorcake’s stall nicely. Swirling synth melodies, an ever evolving bassline that leads you down a labyrinthine maze and diaphanous strings and pads all add up to create an ecstatic yet at the same time melancholic quality to the music that manages to sound both ancient and modern.

“Future plans I and II are constantly changing routes of ideas, improvisations and coincidences.” Explains Transistorcake, “Nothing is a constant in the two numbers, outside the pulse of the drums. You can see them as two possible versions of the future or as an old version of the future alongside its current variation.”

Whilst cut from the same cloth as the previous tracks ‘Ribbles’ has more than a touch of the Nordics to it. Sparkling, playful melodies glitter like snowflakes caught in the flash of a strob e light before a pulsing disco beat rockets the track into the stratosphere. In his own words the track is “an ode to spontaneity and dancing without braking. I pictured it being played by a live band next to a pool at an LA cocktail party in the ’80s.”

Closing the EP we have ‘Kluts’, driven by a stuttering, head-nodding, rhythm that recalls that rapping sound of a woodpecker in the forest, the track is gently swaddled in a warm embrace of synthetic stings that gradually develops and asserts its dominance over the course of nine, all-too brief as it happens, minutes. For all its gauzy textures there’s also an undeniable solidity to these tracks, an underlying organic quality and nostalgic warmth that permeates them.

Having previously studied jazz composition and played in several bands over the years, Transistorcake brings a sense of spontaneity to the often all-to-structured world of electronic music. This EP just capturing a snapshot in t ime of these songs that can be endlessly reworked and reimagined in his live set, where live bass and drums, are added to his collection of vintage synths to an endless back and forth between man and machine.