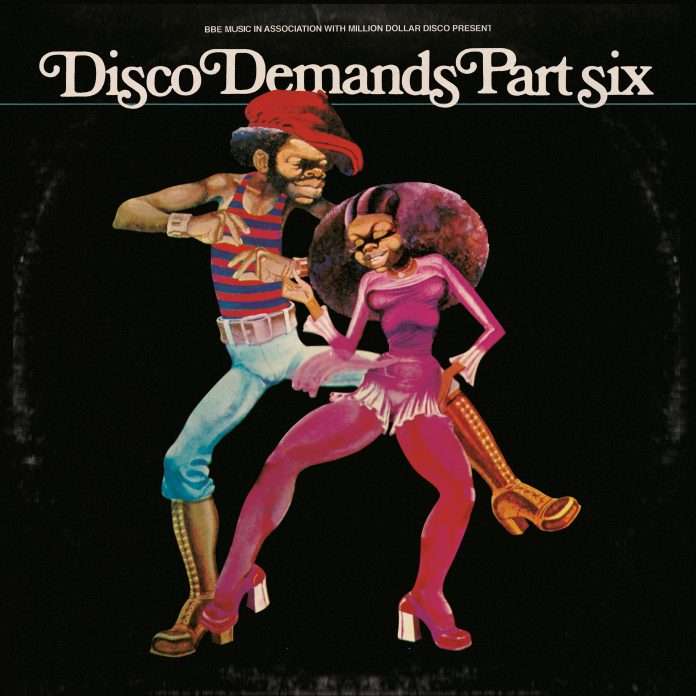 With all previous editions of ‘Disco Demands’ released as CDs on Al’s ‘Million Dollar Disco’ label, in 2012 we were delighted to release ‘The Best Of Disco Demands‘ across two glorious double vinyl albums. Taking the next step on the ‘Disco Demands’ journey in partnership, Volume 6 sees another incredible selection of obscure dance-floor soul selected and edited by Al Kent, fully licensed from the original artists, remastered and ready for a new generation of fans to discover.

Recorded during the late 70s and early 80s, the records chosen for Disco Demands Part Six may be hard to find, but don’t be confused: they have been selected solely for maximum dance-floor enjoyment. Al’s love of powerful string arrangements and bass-line led grooves are evident not only in his picks, but also in his subtle edits; removing a hint of cheese here, extending a particularly effective instrumental section there.

“Most of the tracks I’ve chosen for this album have been with me for some time – I’ve played them on and off as a DJ for years. And though that might seem like a lazy or selfish option when compiling an album, it also fits nicely with the concept that the album is primarily aimed at DJs and dancers. I’ve seen first hand how a crowd reacts to these choices. I’ve bought the records, rearranged the best bits and tested them on a room full of dancing drunks so you can confidently do the same…” – Al Kent, 2019.