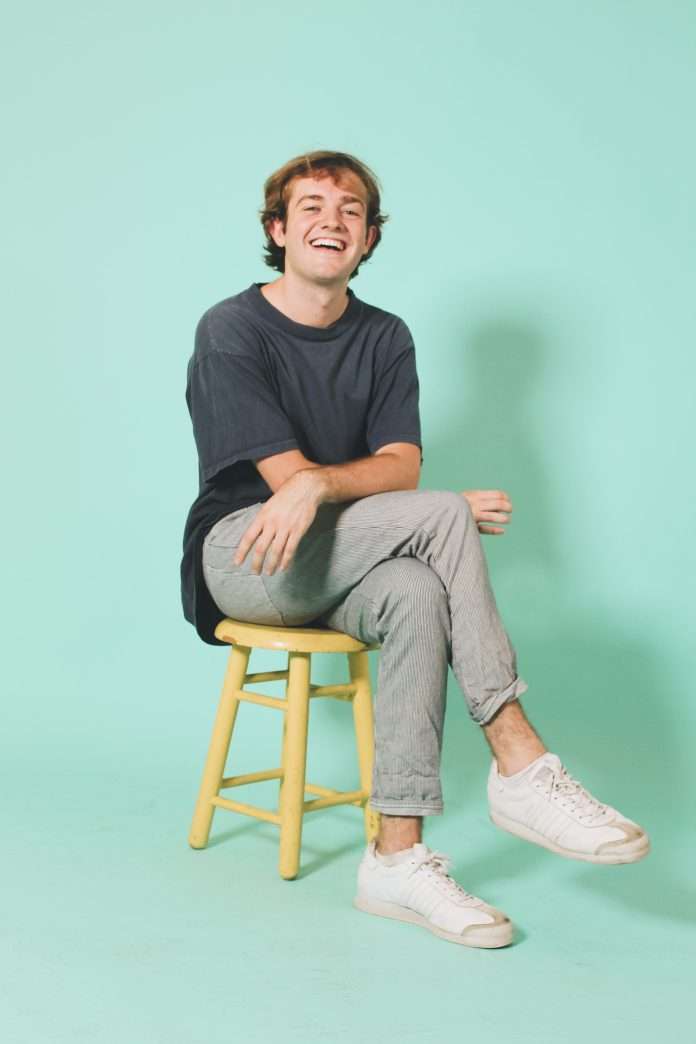 All this confirms 20-year-old Sloan Struble – already hailed the ‘Mr Brightside’ of alternative-pop – as a true one to watch; having already toured alongside the likes of King Princess, Hobo Johnson, and sold out his own 15-date US headline tour in a matter of days (including shows at The Bowery Ballroom and two nights at The Troubadour). Dayglow is currently revising and upgrading his worldwide tour plans, including a London show after a quick initial sell-out, whilst he also busies himself with brand new music to come…

Dreamy, offbeat and affecting, ‘Can I Call You Tonight’ perfectly captures Dayglow’s effortless way with modern pop. It’s a testament not only to Struble’s wistful optimism and emotional honesty, but also the DIY spirit that first saw Dayglow start to produce his own music at the age of ten. The surreally colourful video to ‘Can I Call You Tonight?’ further showcases Dayglow’s ability – says NME – to provide a vivid snapshot of the “love, loss and silliness of teenage life.”

The journey that ‘Can I Call You Tonight?’ has already taken Dayglow on feels far removed from Sloan’s own, somewhat more isolated experiences of growing up. Originally from Aledo, Texas—a Fort Worth suburb he refers to as a “small, football-crazed town” – Struble felt irrevocably out of place for most of his adolescence. “I didn’t really feel connected to what everyone else in my school was into, so making music became an obsession for me, and sort of like therapy in a way,” says Dayglow. “I’d just dream about it all day in class, and then come home and work on songs instead of doing homework. After a while, I realised I’d made an album.”

True to the intensely personal nature of ‘Fuzzybrain’, Dayglow kept the project entirely to himself all throughout its creation. With its bright textures and effervescent melodies, glistening guitar tones and radiant vocals, the record invites a heady euphoria even as it gets incredibly candid about love, isolation and anxiety. “For as long as I’ve made music, it’s been my goal to use it to help people feel better, and hopefully treat each other better,” he says. With his global audience growing exponentially, Dayglow appears ready to answer that call as DIY pop’s next breakout star.

Dayglow’s new single ‘Can I Call You Tonight?’ featured on dubiks spotify playlists