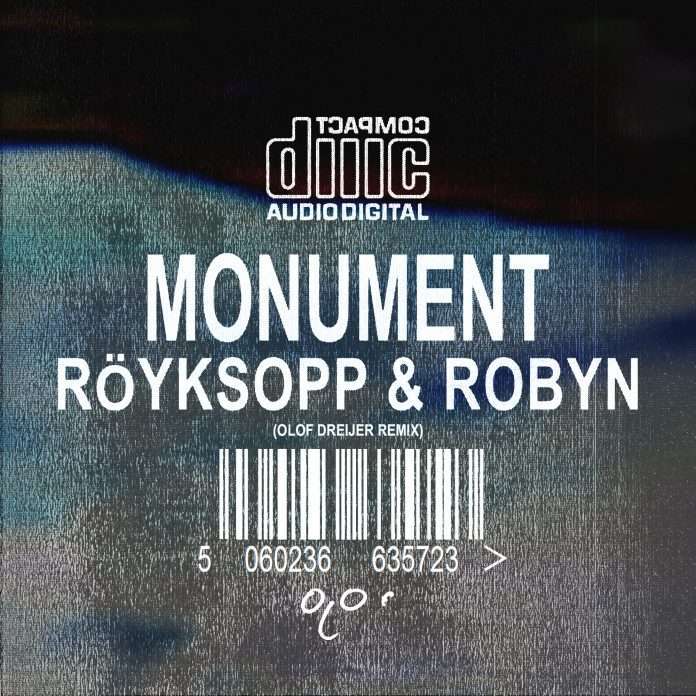 Following The Knife’s 20th anniversary and recent remix of Emmanuel Jal’s ‘Ti Chuong’, Swedish musician Olof Dreijer releases a remix of Röyksopp & Robyn’s ‘Monument’ via Röyksopp’s Dog Triumph imprint. This is the first time Olof has worked with the duo, having previously worked with Robyn across projects on Konichiwa Records. For the rework, Olof brings his signature warm and percussive sound to the chart-topping single. The track is accompanied by a visualizer from Martin Falck who has previously collaborated with The Knife, Björk , Fever Ray and Robyn.

Originally released in 2014 via their mini-album ‘Do It Again’, the release was accompanied by a joint tour across Europe and America. Receiving critical acclaim, ‘Do It Again’ reached no. 20 in the UK charts and number 1 album in Billboard’s Dance/Electronic Albums chart, marking Röyksopp and Robyn’s first.

Olof is most known for his work as one half of the electronic pop duo The Knife formed with his sibling Karin Dreijer. The band celebrated their 20th anniversary in 2020 with reissues, remixes and special live performances.