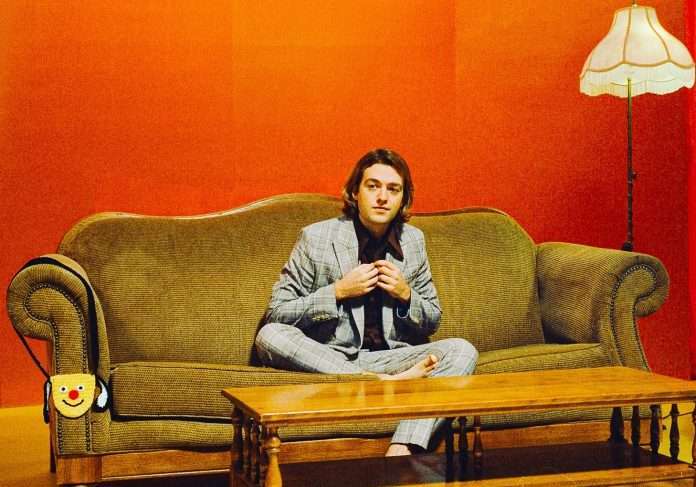 Dayglow releases his brilliant second album ‘Harmony House’ via Very Nice Records/AWAL. 21-year-old Sloan Struble has also shared the video for his new single, ‘Medicine’, and recently announced details of his first ever UK dates, including an impressive London debut at Brixton Electric on April 5th (tickets are on sale here). In support of the launch of ‘Harmony House’, Dayglow put on an incredible performance of ‘Close To You’ on The Tonight Show with Jimmy Fallon, which you can watch back now.

‘Harmony House’ is Dayglow’s much-anticipated second album and is a finely calibrated, carefully put together expression of uplifting encouragement for anyone who needs it. Having shared ‘Harmony House’s’ lead single, ‘Close To You’, which has been streamed over 20 million times and saw Dayglow make his TV debut on ‘The Late Show With Stephen Colbert’ recently, ‘Balcony’, David Byrne-inspired groove ‘Something’, ‘Woah Man’ and breakout hit ‘Can I Call You Tonight?‘, which continues to make waves for Dayglow worldwide: the track has surpassed 200M streams, reached number 2 on alternative US radio, and amassed Dayglow an impassioned global audience prepared to step into ‘Harmony House’.

There is much to unpack in ‘Harmony House’ itself: the project began life, according to Sloan, as an imaginary sitcom, musically drawn to piano-driven soft rock from the late ‘70s, and the euphoric, immortal pop of the early ‘80s (Whitney Houston, Hall & Oates). Having written a song like ‘Medicine’ in his college dorm – Dayglow writes, produces, records and mixes everything himself – he also found himself watching a lot of Cheers; the long-running show that took the viewer to a place where, as the theme song goes, “everybody knows your name.” Gradually, this impossible nostalgia for something that had never been real began to manifest itself in the young Texan pop star’s escapist, hugely accomplished and always uplifting new album.

“Harmony House’ is about dealing with change and realizing that change is ok, that everything changes and it doesn’t have to be overwhelming,” Struble says. What’s emerged is a finely calibrated, carefully fussed over expression of encouragement for anyone who needs it: a timeless but timely pop album about growing up, and truly the ‘Harmony House’ that Dayglow built.