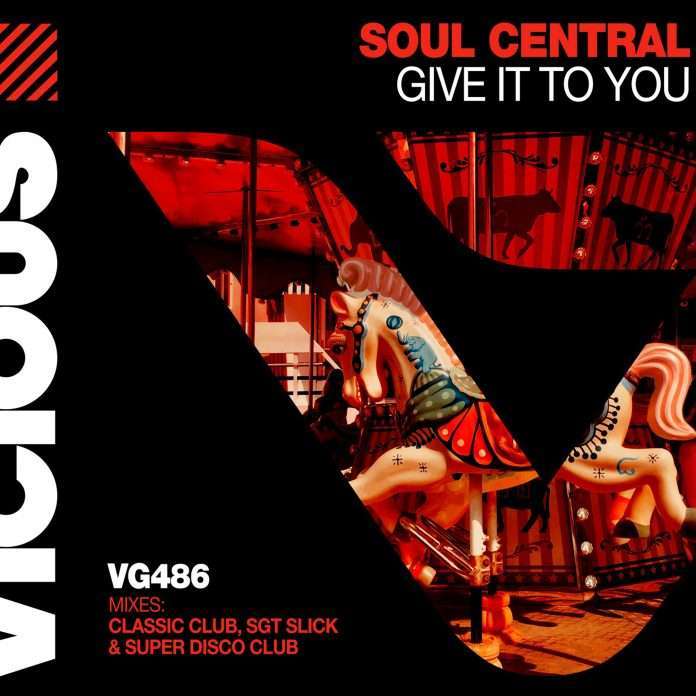 In the beginning, there was Disco… inspiring legions of DJs and generations of clubbers it remains a dominant force in today’s scene. With an authentic club vibe fuelled by a vibrant vocal hook and live instrumentation, UK House heroes Soul Central roll out another killer cut. Give It To You has the hallmarks of an undeniable dance floor hit. Complete with a deep funk fuelled bass, classic keys and a rolling groove that’ll move any mountain, it’s time to tear up your mask and let loose like no ones watching.

Recognised for chart-topping anthems including the iconic Strings Of Life, this accomplished act defiantly return to the top with a recipe for creating songs that stand the test of time. This latest single doesn’t disappoint, it showcases their ear for vocal gold and trademark sound that works across multiple genres. Global tastemakers are heavily supporting, with this tune on regular rotation, with a number of profile players earmarking this as the tune to sign off the Summer.

Adding to an already monumental release, we’ve got two Vicious Recordings all-stars on remix duty. Sgt Slick and Super Disco Club (from Madison Avenue fame) are both award winning producers with a consistent record for turning out tunes that accrue millions of streams and entertain crowds across the world. Having proved their place in modern club culture through a string of number one releases, this collective stands out once again. Here Sgt Slick delivers a razor sharp edit that instantly packs a powerful punch, kicking from start to finish keeping it relevant and cool.

Whilst current chart champions Super Disco Club weigh in with an almighty underground groover that’s akin to an early 90’s workout. Interplayed with raw elements that hold immediate crossover flavour, expect this one to explode on bigger floors with an undeniable sonic weight.

All mixes add some extra heat this package, supercharging Give It To You as a surefire release to watch as it takes over the airwaves in the coming months. Don’t take our word for it, this one’s a monster hiding in plain
site. Fire up your sound system and watch it DROP… Party season has officially started!

Stay tuned @ House ConnectFM, Spotify Playlist and listen Soul Central ‘s Give It To You