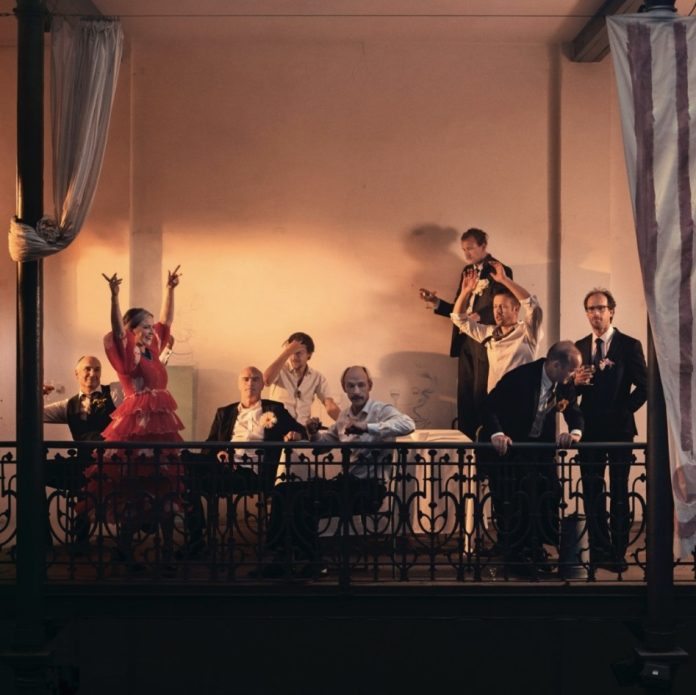 Commenting on the song Emiliana says: “When I am triggered by nice music, I see a movie happening in my mind. When writing that song I saw a girl in a school uniform standing at the edge of a harbor looking into a turquoise sea at the body of a girl. She hears the girl’s mother behind her looking for her at the market. She turns to look and then walks away not saying a word about it.”

Picture this: a big storm is brewing overhead. You’re careening through the backroads of rural Iceland, trying desperately to catch your flight out of Reykjavik as the skies darken behind you. You’ve just had one of the best songwriting sessions of your life, in a farmhouse deep in the Icelandic countryside, but none of that matters now. You’ve found yourself in a race against time to get all your work to the next studio and continue working on your album—one that just might turn out to be one of the most important of your entire career.

This exact scenario is what befell Belgian duo The Colorist Orchestra and Icelandic-Italian singer-songwriter Emiliana Torrini during one of the many recording sessions for their new collaborative album—and the experience was so emblematic of the entire awe-inspiring, chaotic, life-affirming process, that they ended up naming the record Racing the Storm.

The Colorist Orchestra knows a thing or two about controlled chaos. Since their inception in 2013, close friends and multi-instrumentalists Aarich Jespers and Kobe Proesmans have taken on the task of reinterpreting other artists’ discographies with their unique blend of pop, electronic and world music. In 2015, they entered into a collaboration with Emiliana, who at that time was already well into her own illustrious career, having released six studio albums, as well as the international hit “Jungle Drum”. 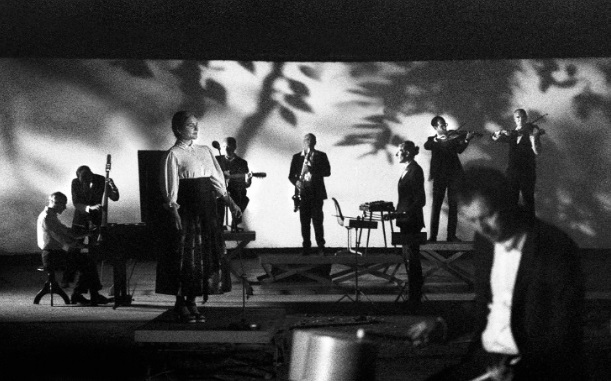 “When Kobe and Aarich contacted me, I was really in this ‘anything goes’ mindset,” explains Emiliana, “I was very honored without knowing much about what the agreement entailed. I just told them to choose the songs. Months after, I met them in Belgium, totally unprepared, and they all blew me away.” What was supposed to only be five concerts together turned into an album, 2018’s The Colorist Orchestra & Emiliana Torrini, in which some of her most famous songs are given a completely new identity, reworked with TCO’s intricate and harmonious arrangements.

Even with one album under their collective belts, Kobe, Aarich and Emiliana still felt like there was unfinished business—that they still had another story to tell. “In the beginning there was the intention to work together for three weeks and do five gigs,” says Kobe, “and then we kept on finding the result really nice. We did a live recording and then we promoted that album, and then at a certain moment we just said, ‘Wouldn’t it be nice to have another excuse to play together?’ We felt like, ‘Why not try to write a new album?’”

Thus, the first germinations of Racing the Storm took hold. Kobe and Aarich began to lay down demos for Emiliana to lay down vocals to, but like the darkening Icelandic horizon, things were not as breezy as they could have been. Of course, the Covid-19 pandemic took its toll on the entire world, and all three members had other projects in the works during the writing process. 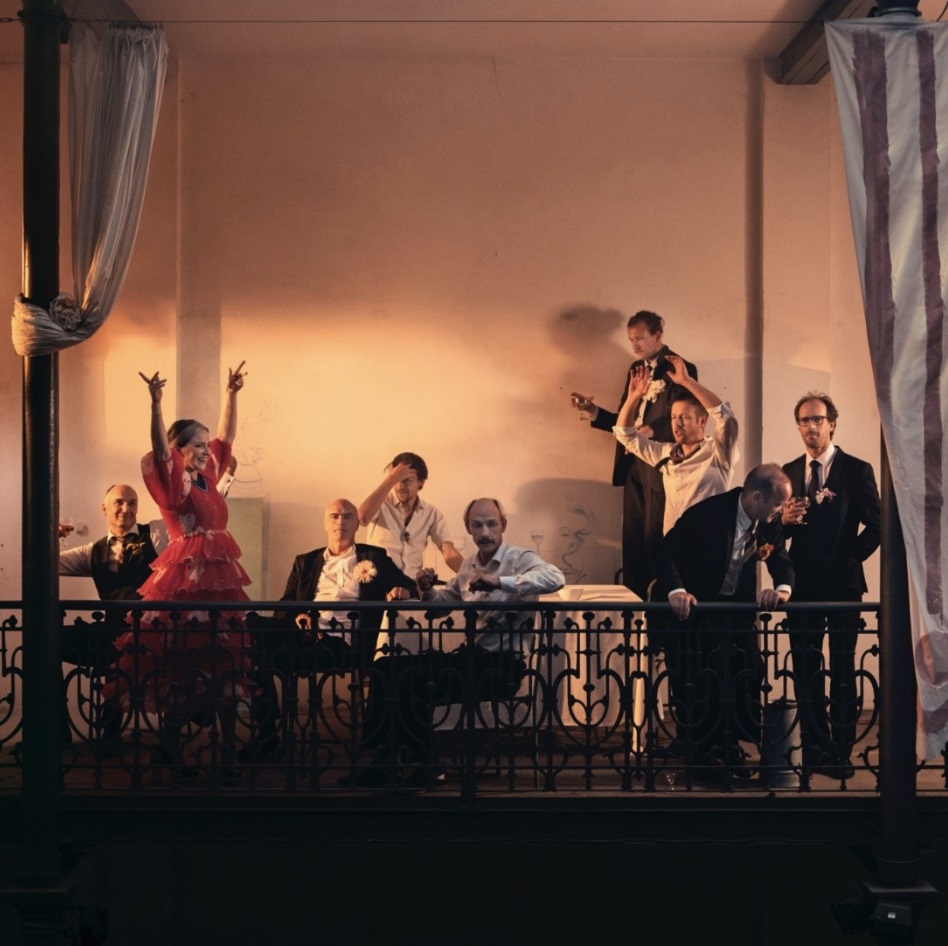 “The whole period of writing this album was a constant search of how to keep this adventure going, with all the limitations of distance and time and not being able to be together,”

“I thought that was the biggest challenge, to maintain the musically vibrant connection between the three of us. Because when Aarich and I work we are living very close to each other and we are in the studio together, we can talk—most of the creation happens when you have food and when you talk and you listen to a song and we missed that a lot with Emiliana in the beginning.”

It wasn’t all strife and struggle though, as anyone who listens to Racing the Storm’s melodious intricacies can attest. There’s an undeniable camaraderie to the music, the sound of three people who really enjoy each other’s company and creativity joining forces to explore the sum of their parts. “I think we share a lot of the same interests, not only music, but also movies and art and culture,” says Aarich and he and Kobe’s relationship to Emiliana. “It felt easy to do things together because our tastes in this project are very close to one another.”

Both Kobe and Aarich are quick to point out that, while Racing the Storm is very much the work of a collective, Emiliana has taken on the role of frontperson, and both her lyrics and vocal performance are inherent to the album’s sound. The first single from the album, “Right Here”, is a perfect example of Emiliana’s singular songwriting style, and how it melts perfectly into TCO’s orchestral arrangements. It’s the poppiest song on the record—Emiliana describes it as being “sung from a daydream whilst being poked repeatedly in the shoulder by the outside world.” The song trots along warmly with strings and marimbas interlocking into a joyous melody. Emiliana’s voice, while somewhat soft, commands the listener to drink in every single moment of reverie.

At the end of the day, what comes across the most with Racing the Storm is the strong bond between them. While coming from somewhat different backgrounds—Emiliana found chart-topping success while being classically trained in opera; Kobe was raised in the Belgian countryside before taking his world and classical schooling to Cuba to perfect his percussion skills; Aarich is a tried-and-true autodidact drummer—it’s as if the three of them (along with mixer and producer Jo Fracken, who expertly directs Racing the Storm into the exhilarating album it is) have found a special common space where the rules of the outside world simply don’t apply. “There are no rules,” says Kobe, smiling. “Emiliana always says that this is a story that started way before we met each other, and that the push and pull between our different backgrounds and personalities is what makes this collaboration so special.” 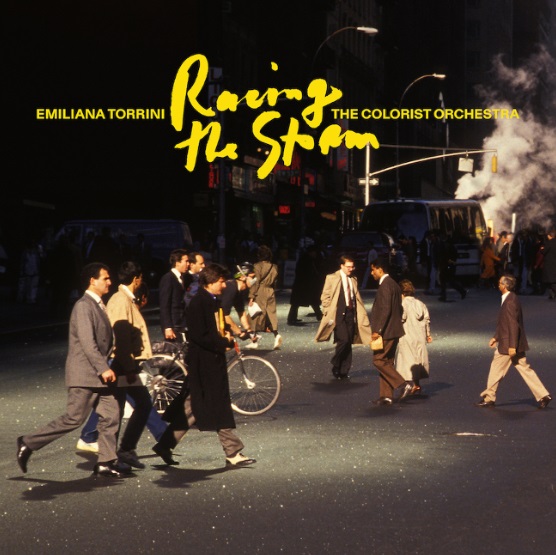