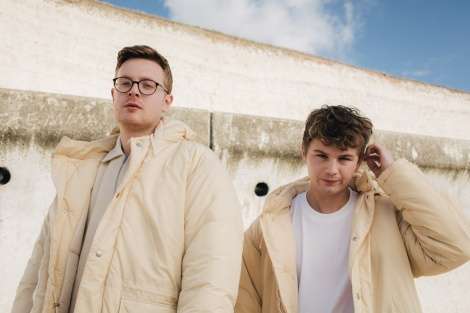 Last week Manchester band Shy Luv released their latest EP ‘Lungs’.
On writing ‘Lungs’ Shy Luv say, “Lungs came from us wanting to create something nostalgic for ourselves, something that people at our gigs could sing back to us, or take that same feeling away with them. It’s written around saying too much in a relationship and wanting to take back what you’d said, telling someone you love them and then almost regretting it.”

The video which was directed by HUMANS and produced by CANADA, brings to life the arresting single by illustrating the songs overriding theme of wanting to re-tract an open offer of love to your object of desire who’s feelings aren’t openly reciprocated. In the video, the girl in question can be seen callously shooting arrows through and stamping on the beating heart of the infatuated boy.
Shy Luv had previously shared a wicked remix of ‘Lungs’ by the legendary German disco DJ Gerd ]anson. Listen to remix HERE

Shy Luv headline The Courtyard Theatre in London on December 14th, with support coming from Zoeë. Tickets are available HERE