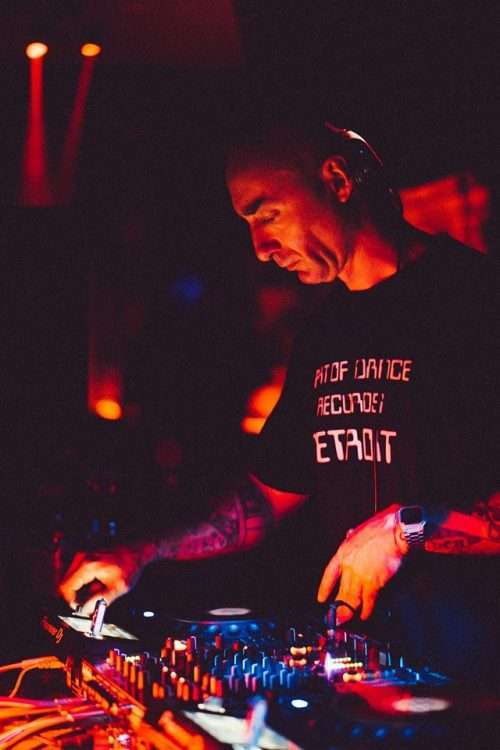 The word ‘Icosahedrite’ refers to the geometric figure icosahedron, and arises from the idea that the EP is an amalgam of electronic music styles with many other aspects of traditional musical genres, like jazz or blues. Metaphorically, those genres act as the multiple sides of an imaginary icosahedron. Something complex yet solid that sits outside of the conventional emerges as the final result.

A1 “Phason Jazz” – This is a track where conventional jazz structures converge with electronica, and the influences Eduardo gets from Miles Davis and John Coltrane shine themselves. Twisted keyboards patterns mixed with delays and deafening effects form a place to get lost, and eventually repetition becomes hypnotism and turns into an automatic trance.
B1 ” Mr Dewey D” – Mr Dewey D is referring again to Miles, and his first and second surnames.This song is much more influenced by Dark Comedy (aka Kenny Larkin) and all the records that he throws out on the french label “Poussez” titled “FunkFaker: Music Saves My Soul” Blues breath tirelessly in this composition where there is not much time for an objective analysis and where everything finally leads to an insane ending.
B2 “Rhythmic Soundscapes “ – This track is, I guess, the most conventional part of the EP, Nonetheless, it retains special qualities. Floating pianos with delays are combined with bass sounds that go back and forth, forming a musical piece with techno sensibilities that I hope will give opportunities to the most daring DJs.
Release date: 26 January 2018
A. Phason Jazz
B1. Mr Dewey D
B2. Rhythmic Soundscapes

AudioHell – Come On The Stars EP feat. remixes from PEZNT...