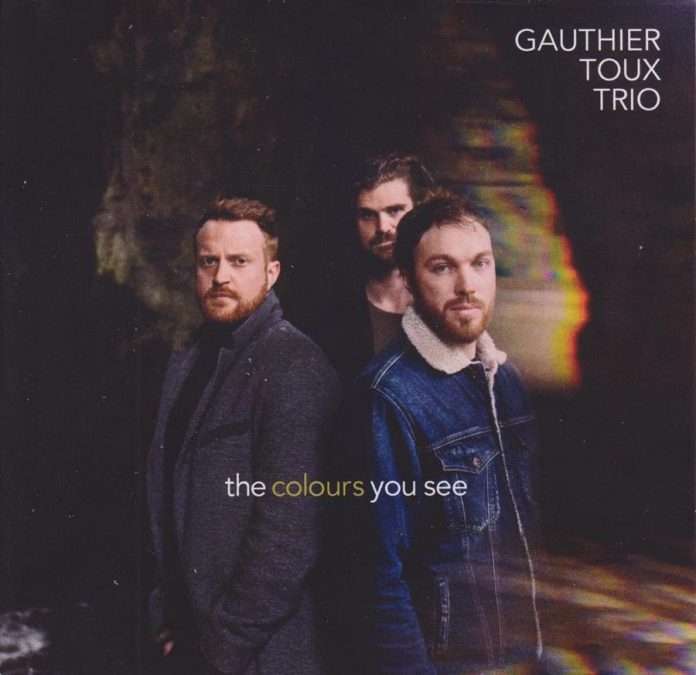 Award-winning composer and pianist, Gauthier Toux is ready to deliver his newest body of work, ‘The Colours You See’, a carefully considered and introspective jazz journey set for release on May 4th.

Ahead of the release, the trio have shared their first single from the album entitled ‘Same Answer’.

Speaking about the single, Gauthier says, “Since discovering I was colourblind at a young age, people always asked me what I thought the colours of everyday objects were. Walls, clothes, almost anything – I simply told them every time; ‘it all depends on the light’, and that is where this song came from.”

Two years on from their last album ‘Unexpected Things’ (NoMadMusic, 2016), ‘The Colours You See’ is an eleven-track exposé delving into the French jazz scene, which is starting to become in burgeoning demand across Europe. In a recent interview with French newspaper Liberation, Gilles Peterson said “Something is cooking in French Jazz. Soon two or three names will become big and may come from the electro scene, maybe on labels like Ed Banger. Everybody is waiting for it.”, and whilst the trio are certainly take a more traditional approach to some of the recent crossover jazz artists of late, they continue to push the boundaries of their music by experimenting with their personal influences in electronic music, rock and hip-hop. This has led to their latest album being released via Naim Records, who were the first to sign Shabaka Hutchings (Sons of Kemet) and continue to work with rising artists from the UK scene such as Yazz Ahmed.

Examining the relationship between colour and light, and the identity that they impose on our relationship with music and the world around us, thematically ‘The Colours You See’ explores personal interpretation in a somewhat idiosyncratic manner.

“On this new album, I wanted to highlight a very personal vision of colours,” says Gauthier, “colours have always been very intriguing to me, especially since I discovered that I was colour-blind. Since then, I have never stopped asking myself how to perceive them differently, to try to go beyond the name given to each colour. Title after title, I put music to anecdotes connecting me to these colours and lights.”

“After almost four years of playing and traveling together, it seemed like a good idea to continue the adventure with Maxence Sibille and Kenneth Dahl Knudsen, with whom we developed our sound over previous concerts.”

The trio have previously performed at the likes of Duc des Lombards, the Paris Jazz Festival, Moods, the Cully Jazz Festival, Jazz à Vienne, Jazz in Ramatuelle, Jazzhus Montmartre Copenhagen and the Buenos Aires Jazz Festival. In 2016, the trio also won prestigious European competitions such as the National Jazz Competition in La Défense, the Jazz or Jazz and the RéZZo Focal Jazz á Vienne 2017.

‘The Colours You See’ is due out 4th May 2018 via Naim Records. Gauthier Toux will perform in the UK on May 26th at the Institut Français London as part of the Offbeat concert series (solo) & will play Pizza Express Jazz Club Soho (trio) on May 27th.

Joy Crookes returns with heartbreaking new single ‘Since I Left You’