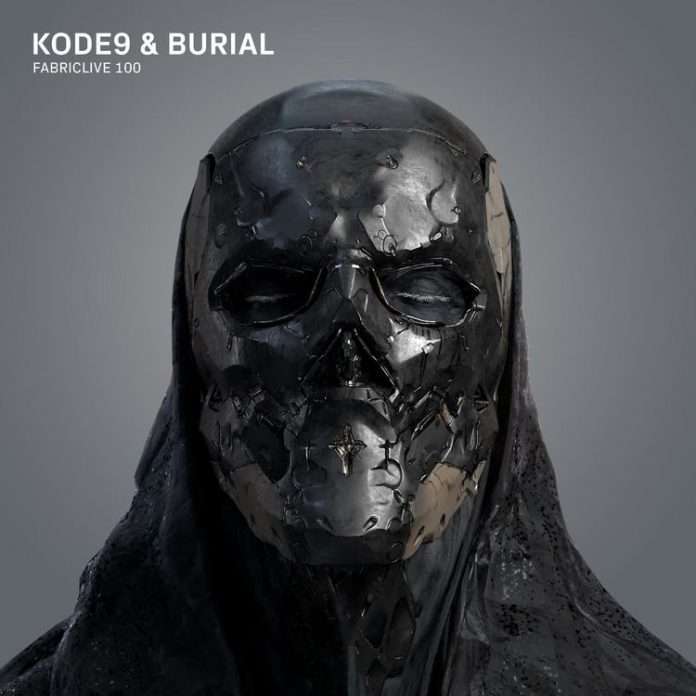 For the 100th and final instalment of the iconic FABRICLIVE mix CD series, in its current form, two UK pioneers unite for a hypnotic 74 minute mix. Burial and Kode9 are each credited with fostering esoteric, hyperlocal sounds and steering them to global recognition, helping to shape the landscape of contemporary electronic music as we know it. They are also close peers, having influenced each other’s careers immeasurably over many years.

Since launching his seminal Hyperdub imprint in 2004, Kode9 has sustained a reputation as one of the most innovative artists, curators and DJs. He was a regular fixture at the legendary DMZ and Fwd>> nights in London – which to many are still considered as setting the bar for clubbing in the city and nurturing the rebirth of the post-millenial UK scene. Since 2017 he runs and co-curates Ø, a monthly event at Corsica Studios merging immersive installations with groundbreaking musical programming. From 2003-2009 he hosted the Fwd>> radio show on Rinse FM, later co-hosting the Hyperdub show alongside Scratcha DVA. He has three studio albums, Memories of Future (2006) and Black Sun (2010) with The Spaceape, Nothing (2015) and three DJ compilations, Dubstep Allstars vol.3 (Tempa 2006), DJ Kicks (!K7 2011) and Rinse 22 (Rinse 2013) to his name, as well as tracks released on labels ranging from Aphex Twin’s Rephlex imprint and Soul Jazz to Warp and Domino.

As one of the most enigmatic artists of the 21st century, Burial is responsible for birthing a sound that is truly singular. There are few producers whose work is so instantly recognisable, to the point that his name is now synonymous with a distinct set of eerie sonic components. His disquieting depictions of South London, informed heavily by sound system and UK rave culture, are widely considered masterpieces, with the cultural impact of his work echoing far further afield than his home-turf. His relationship with Kode9 and Hyperdub stems back to his first EP, South London Boroughs (2005), with almost every subsequent release, including two highly influential studio albums, Burial (2006) & Untrue (2007) residing on the label.

Both artist’s origins can be traced back to bass-heavy strands of UK underground music – a sphere in which they have worked closely together for many years – but the idiosyncrasies of their respective styles are recognised on a much broader scale. As such, the mix reaches into obscure corners and a disorienting range of tempos across its 37 tracks. Featuring artists from Africa, China, South America and Japan as well as the Europe and US, the mix draws from gqom, juke and footwork to trance, jungle and grime, as well as a wealth of material that defies categorisation. it sounds like it was stitched together from a box of unknown mixtapes found in the gutter.

FABRICLIVE 100 concludes the current strand of the beloved mix CD series in a way that honours it’s namesake clubnight. Covering many of the musical styles that have found their home within its walls, whilst simultaneously looking outward for inspiration. It is also a documentation of two of London‘s remarkably skilled artists delving deep for an undeniably unique collaboration.