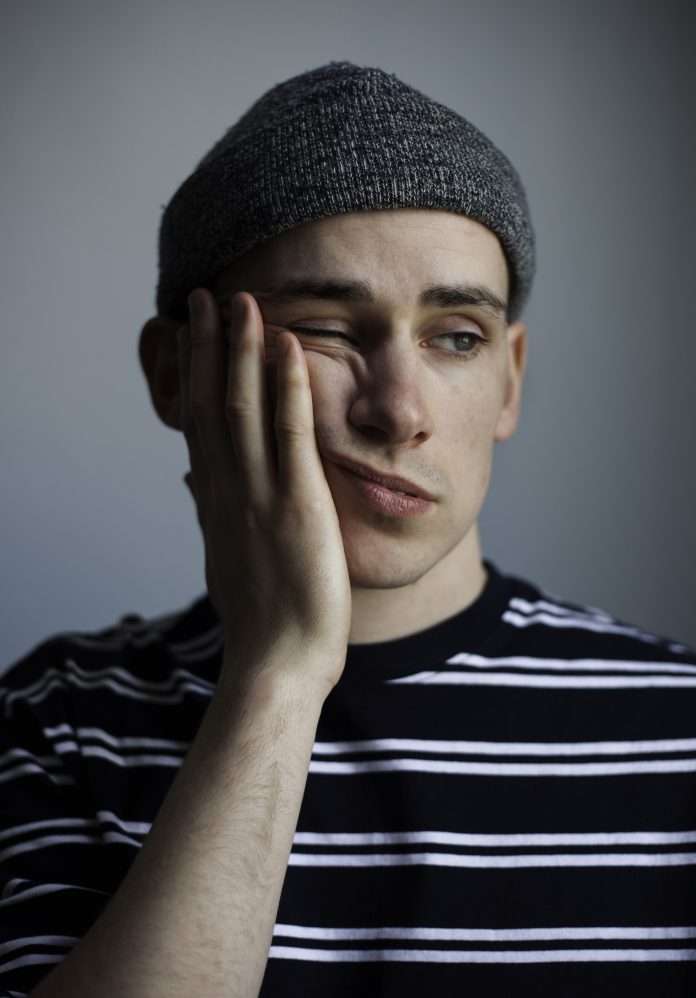 Quickly-rising Irish MC Kojaque has dropped a video for latest track ‘Date Night’. A sold-out UK and Ireland tour begins later this month, including a date at London’s Corsica Studios on November 28th (upgraded after the original show sold out immediately) and a sold-out show at Dublin’s Academy on December 6th.

Kevin Smith aka Kojaque is a Dublin-born poet, MC, filmmaker, and label boss of Soft Boy Records, who has been responsible for some of the most interesting and left of centre hip-hop to come out of the city. Exploding on to the scene with ‘Deli Daydreams’, Kojaque is emblematic of the surge in interest in homegrown talent in Ireland, mixing sampling and jazz beats with dynamic, poetic lyrics showcasing life as a modern Dubliner.

An established film-maker and visual artist as well as a musician, Kojaque’s multi-media performances and projects are brutal, honest, and beautiful at once. Keenly aware of hip-hop’s overbearing sense of masculinity, his work explores the more fragile world behind the male mask: “bravado but at the same time insecurity. That’s the thing with a lot of hip-hop, it’s this veneer from the outside looking in, of this unstoppable person or hero that’s almost emotionless.”

The release of Kojaque’s most recent project “Deli Daydreams” was a big moment in the story of Irish hip-hop; following a tour in March 2018 that included both venues around Ireland and Europe, Kojaque returned to a sold out 600 person capacity gig in Dublin’s Button Factory. A conceptual LP based around a week in the life of a Deli worker it was prefaced by two videos – which are as eagerly anticipated as his tracks. The first one – for ‘Bubby’s Cream’ was recorded in a shopping centre carpark in Cabra, during which Kojaque and his film-maker friend defused an attempted mugging. The second, ‘White Noise’, looking out across Dublin Bay is a spoken word tour de force in the style of, and dedicated to, the late spoken word artist Paul Curran.

For Kojaque, “some of the songs feel more personal and some feel more like accurate reflections of the situation we’re in as young people trying to live and work in this city. I think it’s easy to fall into that feeling of hopelessness, but there’s light at the end of the tunnel, there’s light in the people making art in this city. That’s where the hope lies for me.”