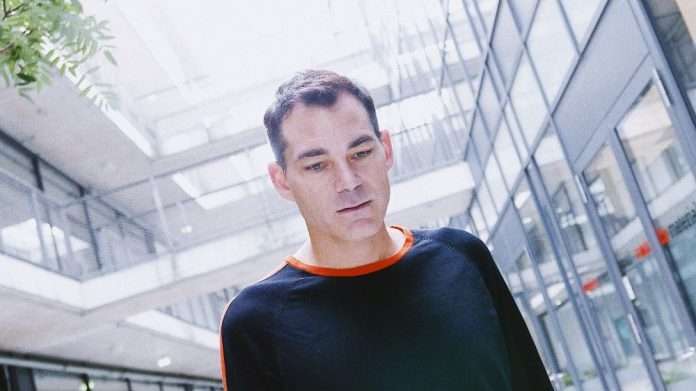 Swiss artist Pyrame combines French influence, electronic beats and a touch of disco on his debut single ‘Where Are We Now?’ out via HIFI/LOFI Records.

The single features a dialogue that details a relatable problem in our modern era: two individuals united by love, yet neither have enough time to spend with one another before separating again. Successfully capturing a new issue for modern romance, Pyrame’s debut single is a contemporary twist on the ancient Greek myth of the legendary lovers Pyramus and Thisbe, highlighting the importance of communication.

The accompanying music video follows a man hopelessly in love with a woman, yet despite being attracted to him she is too occupied with her own thoughts. Constantly questioning not only her relationship with him, but her position in this world, the philosophical influence is apparent. Filmed across Berlin and Paris, dark lighting and lonely silhouettes capture the shared melancholy of the two lovers.

Pyrame is the brainchild of David Naville, now based in Berlin. His mournful lyrics dwell on relationships, freedom and communication and his intrigue in sociological and philosophical issues led to an interest in Greek Mythology – captured in the accompanying design of the retro-futuristic artwork.

‘Where Are We Now?’ is the debut single of Pyrame’s upcoming EP which will see its release on vinyl and digitally this summer.