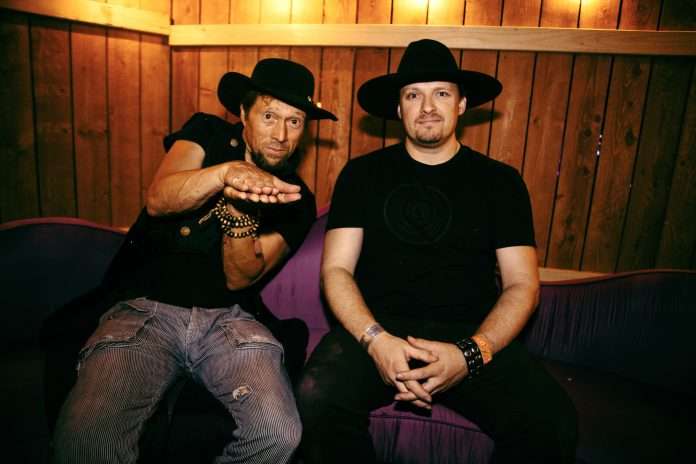 The Condor EP is the first release from Evan Fraser and Vir McCoy’s new album Guardians, which will be out on Interchill in April 2020. This two track ep gives a taste of what Evan and Vir are creating, in a global roots style. The instruments they play are predominantly acoustic and the mix and mastering allows everything to breathe, with a sound that is organic and earthy. The first track The Condor is deep and expansive. A vocal mix with Siberian neo-shamanic vocalist Olox will appear on the album. On the flip Bombola showcases a lighter style with the bass as a lead melody over a bombo drum and shaker breakbeat. These tones pick up on their first album together Yakaruna and continue the journey.

Evan Fraser and Vir McCoy are accomplished multi-instrumentalists who have been recording and performing music together in different bands over the last 20 years. As a duo they play mostly traditional ethnic instruments and champion a unique global roots sound. Both Evan and Vir have a lifetime of dedication to and immersion in music. They’ve gone deep and learned to play a dizzying array of instruments, which we list below.

Evan and Vir have the kind of synergy you only get with years of performing together; from being part of the foundational West Coast Band Hamsa Lila, the afro hip-hop band The Dogon Lights and their improvisation live band House of Hamsa. Evan also records and tours with the legendary Dirtwire and Vir produces and records with his wife Heather Christie. Vir’s work has included children’s music, via Kid Kaleidoscope as well as new age you-tube comedy hits such as The Man from Marin.
In 2014 Evan and Vir teamed up with acclaimed Yoga teacher Shiva Rea to record the much loved healing arts album “Yakaruna”. 5 years later sees them back in the studio with a follow up for Canadian label Interchill.