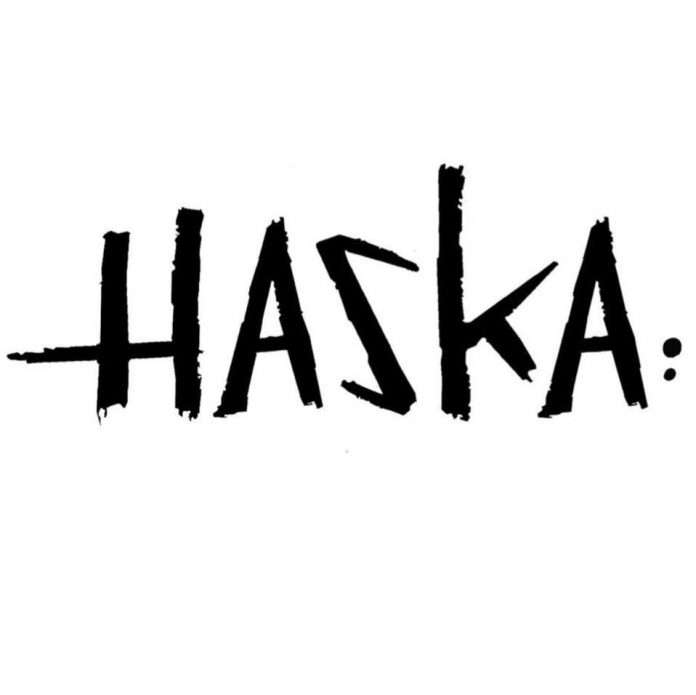 Following a powerful remix from ABSOLUTE., Haska reveals the second remix of their inaugural release ‘Madan’, this time from one of Belfast’s best musical exports, Ejeca, out now via Polydor.

This hard hitting interpretation of ‘Madan’ sees a typically driving Ejeca beat paired with flashes of tribal sonics throughout whilst teasing in Salif Keita’s original vocals along the way.
Ejeca’s commitment in music first, hype later has consistently seen him gain recognition from his musical peers throughout his career. Never failing to keep the essence of his own musical production at the forefront of everything he does, his distinct remix of ‘Madan’ is a testament to that.

Capping off the second of two disparate remixes – Haska keeps us poised on their next moves as we look into 2020 and beyond, for more check below our Interview.

Hi guys – thanks for taking the time to talk to us.
A pleasure, thanks for having us.

– We don’t know much about you because of the mysterious nature of your profile, was there a reason for keeping yourselves out of the spotlight?
We like a little mystery….

– Who are you guys? Can you tell us more about the people behind the name?

– Can you tell us more about the Haska project, where did the name come from?
The name was inspired by the word ‘Ayahuasca’. ‘Aya’ means ‘spirit or soul’ and ‘huasca’ means ‘vine’. For us music comes from the soul and is part of the journey of life so it seemed to fit well.

– Why did you choose Madan as your first track, did you consider the risks of remixing a previously huge hit?
We’d long been fans of the Solveig remix and always dreamed of doing our own version one day. After we signed our deal, and through the determination of our team, we eventually managed to get the full vocal stems and were able to get to work on it. It’s an amazing and unique vocal, so I think we were more worried about doing Salif’s original song justice than any risks.

– That said we congratulate you, it’s very good remake and the remix from ABSOLUTE. Is great too! How do you think your version and the ABSOLUTE. remix have been received?
Thank you. We are really pleased with the way our mix has been received so far. It’s had a lot of love all over Europe and we hope that keeps going. The ABSOLUTE. remix is still quite fresh and is getting some great support on UK radio.

– Why ABSOLUTE and who is the next remixer?
We’re big fans of him and his 90’s vibes, he was one of a few suggestions so very happy to have got him. Ejeca is next up on July 3rd.

– When can we expect more music, is it going to be another rework or an original track?
We just dropped a remix of an Ayo Beatz track, ‘Look like Money’ on Friday. The next Haska single is in the works and it’s going to be all original.

– Could you tell us a few positives and negatives from lockdown?
Negatives, cabin fever, stress on older relatives and generally not seeing people socially or to work with. Positives, less pollution and having the local beaches to ourselves for 3 months!

– What do you think the long lasting affects on the music industry will be due to Covid?
Possibly too early to say right now for sure, but clearly it’s going to have a big effect on live venues, clubs and festivals. I hope they weather the storm. Digital platforms have been a real plus. Imagine if it was still record and CD shops and they’d all had to close down. With streaming at least we are able to keep fresh new acts and music coming through.

– What can we expect from Haska for the rest of the year?
We should see the next Haska single in the not too distant future, very excited to get that out, and we’ll be working on some remixes as well.

The original track by Salif Keita was released in 2002, with Martin Solveig’s edit of the following year quickly becoming a hit and a firm part of the global dance culture psyche and being used in sets and records by the likes of Black Coffee, Sander Van Doorn and Klangkarussell.